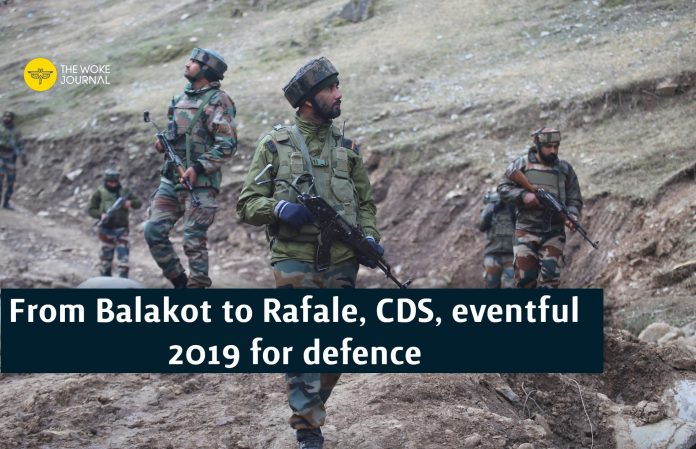 From carrying out an airstrike at terror camps in Pakistan to the creation of Chief of Defence Staff (CDS) post and also from witnessing ‘fidayeen’ attack in Kashmir and to shooting down of a Mi-17 V5 helicopter in friendly fire, 2019 saw a year of highs and lows for the Indian defence sector.

In a landmark decision this year, the government created the post of Chief of Defence Staff (CDS) in the rank of a four-star General. The CDS will also head the Department of Military Affairs (DMA), to be created within the Ministry of Defence and function as its Secretary.

This follows the announcement made by Prime Minister Narendra Modi on August 15, 2019, in his address to the nation where he said “India should not have a fragmented approach. Our entire military power will have to work in unison and move forward.”

Earlier on February 25, Modi dedicated to the nation the National War Memorial near India Gate. The memorial has been erected in the memory of soldiers who sacrificed their lives in the service of the nation after India became independent in 1947.

The very next day on February 26, India struck the biggest training camp of Jaish-e-Mohammad (JeM) in Balakot, Pakistan. In this operation, a very large number of JeM terrorists, trainers, senior commanders and jihadis who were being trained for fidayeen action were eliminated.

This was in response to the February 14, 2019 suicide terror attack, conducted by Pakistan-based Jaish-e-Mohammad in which over 40 CRPF personnel were killed.

But amid this, the capture of Indian Air Force pilot Abhinandan Varthaman following the Balakot strike on February 26 was a moment of worry for Indian armed forces. He was later released and awarded for his bravery of shooting down a Pakistani F-16 fighter aircraft.

Thereafter on February 27, the shooting down of a Mi-17 V5 helicopter with six Air Force personnel in Srinagar in friendly fire finally led to court-martial proceedings against two Indian Air Force officers and was a very low moment for the forces. Chief of Air Staff Rakesh Kumar Singh Bhadauria accepted that the lapses were a “big mistake”.

Then there was a red-letter day in the history of Indian Air Force when Defence Minister Rajnath Singh participated in the Rafale fighter aircraft handing over ceremony at Merignac in France in October. The Medium Multi-Role Combat Aircraft will make India stronger and give a boost to its air dominance to ensure peace and security in the region.

Singh also flew the Light Combat Aircraft (LCA) ‘Tejas’ at Hindustan Aeronautics Limited (HAL) Airport in Bengaluru, on September 2019. He had also handed over Medium-Range Surface-to-Air-Missiles to IAF at the Bharat Dynamics Limited premises in Hyderabad on August 3.

It was a moment of jubilation after Singh on June 18, announced the restoration of the ‘ration in kind’ for the officers of the three armed forces posted in peace areas. Singh also gave in-principle approval to the four-fold enhancement of monetary assistance to next of kin of all categories of battle casualties from Rs 2 lakh to Rs 8 lakh.

Various bilateral defence cooperation pacts with other countries were also inked in 2019.

Singh visited various countries, including the United States, France, Russia, Ukraine, Japan and South Korea in a bid to strengthen bilateral and multilateral defence cooperation. Various issues, including counter-terrorism operations, Indo-Pacific and the South China Sea were discussed during these visits.

Singh and External Affairs Minister S. Jaishankar took part in the India-US 2+2 dialogue between the Defence and Foreign Ministers of India and their US counterparts in Washington on December 18.

The India-Japan 2+2 dialogue was also held in New Delhi on November 30. Singh and Jaishankar participated in the meeting with their Japanese counterparts.

Singh also visited Japan and held the annual Defence Ministerial Meeting with his Japanese counterpart on September 2 in Tokyo.

He also visited Thailand’s capital Bangkok to attend the 6th ASEAN Defence Ministers’ Meeting-Plus (ADMM-Plus) on November 17. He also held various bilateral meetings with the leaders of the US, Thailand, Japan, Australia and New Zealand and discussed ways to further boost ties.

In counter-insurgency operations in Jammu and Kashmir, the Indian Army lost 41 men in 2019. They, however, managed to eliminate 158 terrorists in the valley.

Indian Army this year assisted in the maintenance of tranquillity in Jammu and Kashmir after provisions of Article 370 of the Constitution were revoked.

Successful summer user trials were carried out of third-generation anti-tank guided missile NAG at Pokhran Field Firing Ranges. The trials of the DRDO-developed missile were conducted between July 7 and July 18. Nag missile has been developed to engage highly fortified enemy tanks in all weather conditions with day and night capabilities and with a minimum range of 500 metres and maximum range of four kilometres.

The Indian Army also assisted the Maharashtra and Karnataka state authorities in carrying out relief and rescue operations in flood-hit areas.

Also, a 12-member Indian Army patrol along with a police representative recovered wreckage of a World War II vintage US Air Force aircraft in Roing district of Arunachal Pradesh on March 30.

This year taking forward coastal security and anti-piracy operations, Indian Navy ships and aircraft were deployed to maintain the continuous surface and aerial coastal surveillance off the west coast of India including Lakshadweep & Minicoy (L&M) Islands. Similar sorties are also undertaken on the east coast and the Andaman and Nicobar islands to further augment coastal surveillance measures.

Indian Navy has been undertaking Mission-Based Deployments in the Areas of Interest in the Indian Ocean Region (IOR) with an aim to safeguard national maritime interests and maintain continuous and near-continuous presence in areas of significant maritime importance in the IOR.

In August, consequent to the issuance of warning of heavy to very heavy rainfall in the coastal states, ICG evacuated 4,418 persons to safer locations. 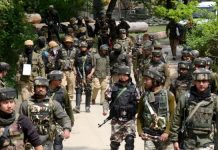 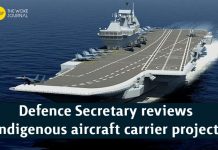 Pakistan loves BJP to come back