A total of 72 athletes from Japan will compete at the third Youth Winter Olympic Games scheduled to be held in Lausanne, Switzerland, from January 9 to 22 next year.

The Japan Olympic Committee (JOC) has announced that the Japanese team, headed by the JOC Director Hidehito Ito, consists of 117 members, including 72 players (29 men and 43 women), and 45 coaches, reports Xinhua news agency.

The Japanese athletes will compete in seven events.

The Youth Olympic Games is an international sporting event for athletes aged 14 to 18 proposed in 2007 by former IOC President Jacques Rogge.

The first Youth Winter Olympics was held in 2012 in Innsbruck, Austria, and the second in 2016 in Lillehammer, Norway. 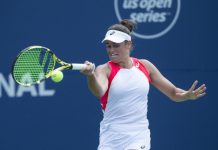