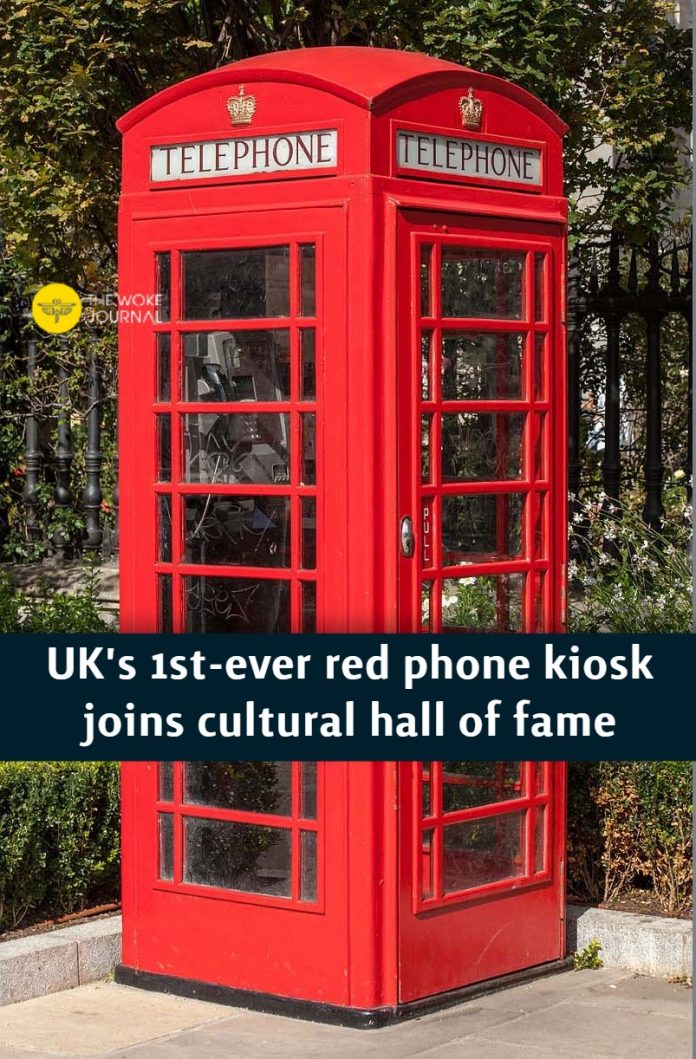 The UK’s first red public telephone box was given one of Britain’s highest cultural honors and joined a list that includes many of the country’s most iconic buildings.

The Culture, Media, and Sport (DCMS) on Friday announced that the K2 prototype telephone box in London has been granted a Grade II listing, Xinhua news agency reported.

The telephone box, which has been outside the Royal Academy in London since 1924, was built as part of a competition to create an iconic design for public phone boxes.

Heritage Minister Helen Whately announced that the prototype for Britain’s first red public telephone box has been upgraded in recognition of its iconic design status.

Created in 1924 by Sir Giles Gilbert Scott, the prototype K2 — known as Kiosk No.2 — telephone box formed the basis of the design of future telephone boxes across the country.

The timber K2 prototype was designed for a competition launched by the Royal Fine Arts Commission at the request of the Postmaster-General. It’s an alternative to the unpopular concrete K1 structures which had been introduced in 1921 was needed.

Scott’s prototype was initially displayed in 1924 outside the National Gallery in Trafalgar Square with four other designs, and in 1925 it was announced that the K2 telephone box was the one most suitable for erection in busy thoroughfares of large towns.

“Still sitting where it was placed after judging, the K2 prototype remains a striking feature at Burlington House, and its protection is now further enhanced as an important part of our nation’s industrial heritage.”

Scott’s winning design was originally intended to be made of steel and painted silver with a blue-green interior, however, upon selection of the K2 design, the General Post Office chose to make it of cast-iron and painted in its distinctive red color.

Only just over 200 K2s survive today.

The K2 was replaced in 1935 by the streamlined, more compact and cost-effective K6 model which was also designed by Scott and is the most common red telephone box still in existence.