Iraqi anti-government protesters forced the shutdown of a southern oil field on Sunday.

Demonstrations blocked roads leading to facilities amid unrest that has gripped the country for almost three months, the Efe news reported.

Oil ministry spokesman Assem Jihad said in a statement on Facebook the government had temporarily suspended production of the Nassiriya oil field, which produces over 80,000 barrels a day.

Assem added employees had not been able to go to work after dozens of protesters demanding the appointment of a new prime minister blocked the roads.

The closure of the Nassiriya oil field has not affected the total crude production as other fields in the south will compensate to meet the protest-hit country’s output objectives, according to Assem.

The official said the oil facility provides more than 10,000 jobs to the people of Nassiriya province.

Demonstrations in the south have repeatedly cut off access to oil facilities, claiming citizens have not benefited from the country’s oil production.

Mass demonstrations erupted on 1 October in Baghdad and other areas in the south, decrying corruption and lack of jobs.

More than 500 people have been killed in the rallies.

Abel Abdel Mahdi resigned last month as the Prime Minister after pressure from the protests.

A constitutional deadline to pick a premier-designate expired last week amid a dispute among rival parliamentary blocs.

In October, hundreds of people took to the streets in different parts of the country to demand more basic services and protest corruption and unemployment, a situation that in Baghdad devolved into a pitched battle between security forces and demonstrators that left one activist dead and 200 people injured.

Iraqis were called to the marches on social media to express their outrage at the lack of work opportunities and generalized corruption, as well as to demand better medical, electric and water services.

Earlier this year, other rallies have occurred in Iraq over the same grievances, despite the government’s promises to deal with the ever-more-pressing economic problems.

Last year, there were also demonstrations in several Iraqi cities, particularly in Basra, against corruption, an endemic problem in the country since the Baath regime of Saddam Hussein controlled the country, although it was toppled in 2003 by US troops. 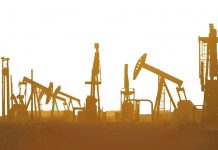 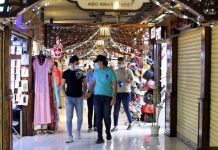 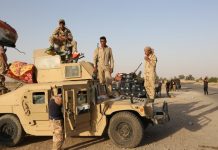