The Renuka Kumar committee, which was set up by the Yogi Adityanath government in Uttar Pradesh, to probe the reasons behind the Sonebhadra massacre in July last year, has found that government land worth Rs 700 crore was under illegal occupation in the region.

The report, which has been submitted to Chief Minister Yogi Adityanath, has stated that several Congress leaders and retired bureaucrats have also illegally occupied land in the region.

According to sources, the report says that more than 1,000 acres of land were under illegal occupation and 650 acres were occupied by cooperative societies.

It may be recalled that on July 17, 2019, a clash over the land in the Murtiya village in Sonebhadra led to the killing of ten people.

The key accused in the carnage, Yagya Dutt, was the village head. As per reports, Dutt had brought around 200 supporters on 32 tractors to take possession of 36 acres of disputed land in the district’s Ghorawal area. As their attempt was opposed by the tribals, who were tilling the land, Dutt’s men fired at them indiscriminately.

The gruesome carnage went on for more than 30 minutes. When the firing stopped, bodies of victims were seen littered on the ground. Those who witnessed it were too horrified to describe the scene.

The tribals had been cultivating the disputed land for generations. However, they lacked the ownership titles even though they had been asking for it for decades now.

However, the main accused, Dutt, alleged that he had purchased the land 10 years ago from a local family.

The investigation further said that in the year 1955, a huge piece of land was transferred to a cooperative society formed by a family as per a government scheme. 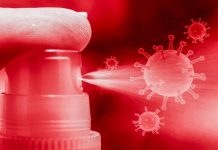 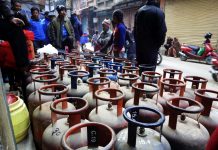