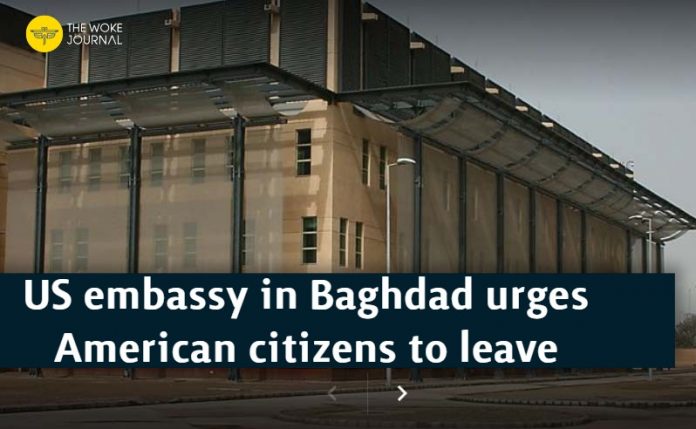 The US Embassy in Baghdad on Friday called on all American citizens to leave Iraq immediately following the death of Iranian Major General Qassem Soleimani in an American airstrike ordered by President Donald Trump.

“Due to heightened tensions in Iraq and the region, the US Embassy urges American citizens to heed the January 2020 Travel Advisory and depart Iraq immediately,” Press TV quoted the embassy as saying in a statement.

“US citizens should depart via airline while possible, and failing that, to other countries via land.”

The statement added that US citizens should “not approach the embassy”, while the consulate general in Erbil in the Kurdistan region would be open for appointments.

Soleimani, the commander of the Quds Force of Iran’s Islamic Revolution Guards Corps (IRGC), and Abu Mahdi al-Muhandis, the second-in-command of Iraq’s Popular Mobilization Forces (PMF) or Hashd Shaabi (PMU), were killed in the US airstrikes on Thursday night that targeted their vehicle on the Baghdad International Airport road.

The deaths were confirmed by both the IRGC and the PMF.

The Pentagon in a statement confirmed that the strike was carried out “at the direction of the President”.