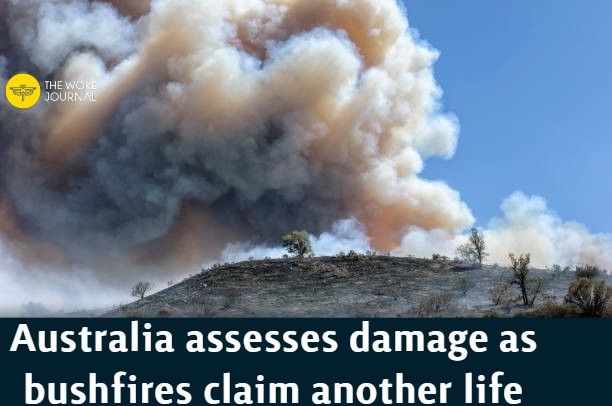 Australia on Sunday was assessing the damage caused by the destructive bushfires that were still blazing in the south of the country and claimed another life, bringing the death toll to 22 with hundreds of homes razed.

The highest temperature recorded was 48.9 degrees in Penrith, west Sydney.

NSW Premier Gladys Berijiklian confirmed that one person had died due to cardiac arrest while defending a neighbor’s home near Batlow town, some 460 km southeast of Sydney.

Saturday’s casualty took the bushfire death toll since September to 22, 13 of them since the last week of 2019.

“Our immediate focus today isn’t just on containing and controlling and protecting life, it’s also to focus on recovery,” Berijiklian told the media here, adding that there were many displaced people.

Around 500 houses had been burnt in southeastern Australia last week, taking the count of damaged homes since September to 1,500, and at an estimated cost of more than A$430 million ($299 million).

“We expect to see property damage and property destruction probably numbering in the hundreds as a result of the fire activity yesterday,” NSW Rural Fire Service chief Shane Fitzsimmons said, adding that temperatures had dropped, in a temporary reprieve.

Fitzsimmons also expressed his “disappointment and frustration” in coming to find out through the media that Australian Prime Minister Scott Morrison announced he would deploy some 3,000 army reservists and allocate AU$20 million to fight the fires.

Morrison, who has been criticized extensively for his lack of response to the crisis and rebuked by some in affected areas, was again criticized after releasing Saturday an advertising video about military deployment for the fires.

Bushfires have burnt through about 900,000 hectares of land in Victoria, with 700,000 of those hectares razed in East Gippsland.

In the NSW coastal town of Eden, hundreds of people were weighing up the advice of authorities to evacuate.