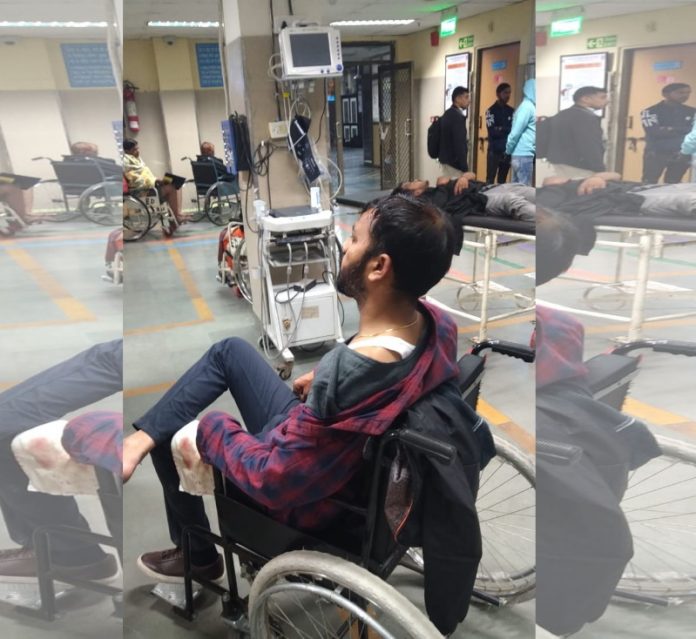 The Delhi Police on Monday registered an FIR in connection with the violence that broke out in the Jawaharlal Nehru University (JNU).

A case of arson and assault has been filed against the unknown miscreants. The case will be transferred to the Crime Branch later in the day, police sources said.

“We have registered a case against various sections of the Indian Penal Code. The case is filed on the basis of a complaint from the police officials,” said a senior officer, adding that the case was being probed by the Vasant Kunj police station.

The police has also received a complaint from the Left-associated and the ABVP students.

“We are verifying the details provided by these students,” the officer added.

On Sunday night, the police detained four outsiders from the North gate of the varsity, when they were trying to flee the campus.

“They are being interrogated and their credentials are being checked,” the official said.

Several masked individuals thrashed students and teachers inside the campus here with wooden and metal rods on Sunday.

While the number of the injured in the clashes, which occurred throughout Sunday was not yet known, at least 20 students were admitted to the All India Institute of Medical Sciences with severe injuries, including the Students Union President Aishe Ghosh, who was reportedly hit over the eye with an iron rod.