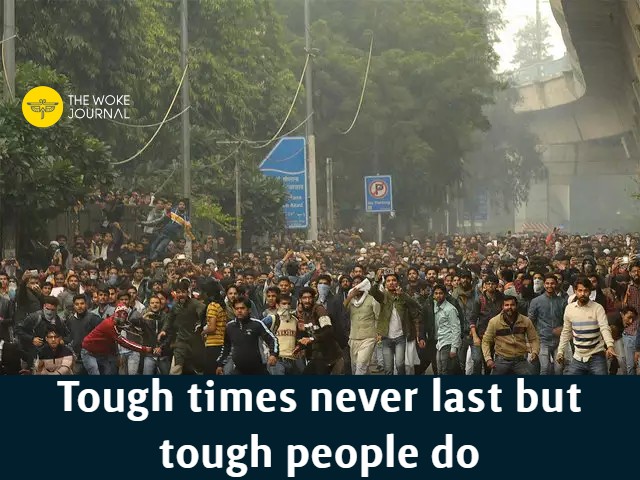 Amid the ongoing protest against the Citizenship Amendment Act (CAA), the Jamia Millia Islamia campus reopened on Monday for the semester exams and the students started arriving at the campus.

The number of students is still small as they are worried about their safety after the violence at the Jawaharlal Nehru University on Sunday.

As of now, only bonafide students with ID cards are being allowed on the campus.

A student said they are planning to boycott the exams as the protest is still going on.

Students gathered at Gate no 7 as the protest against the CAA entered the 25th day. Showing solidarity with the JNU students, the students raised slogans against the RSS’ affiliate student wing the Akhil Bharatiya Vidyarthi Parishad (ABVP). They shouted: “JNU tum sangarsh Karo hum tumhare sath hai and ABVP murdabad.”

Sajid, a student of Jamia, said: “The government wants that nobody should study because if the people get educated they will not become their pawns.”

The kind of violence perpetrated by the ABVP in JNU is to crush the dissenting voice of the students against the government, said another student.