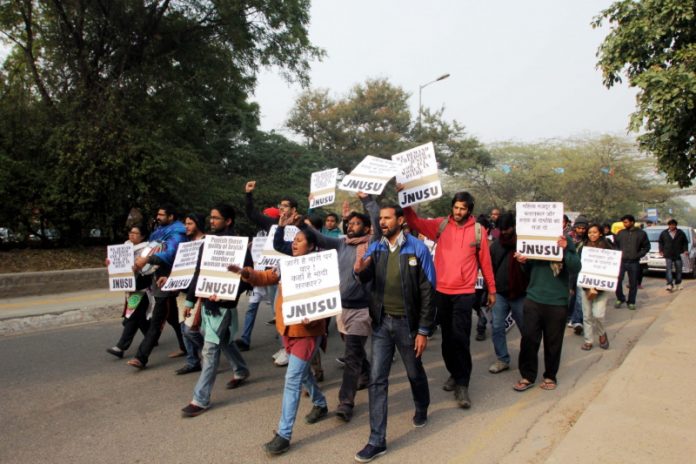 Shaken by the attacks in the Jawaharlal Nehru University campus in Delhi late on Sunday, hundreds of people staged protests in Mumbai and Pune on Monday condemning the manner in which students and teachers were targeted.

The impromptu protests started from midnight and continued till morning at the Gateway of India, near the IIT-Bombay campus in Powai in Mumbai. And in Pune, protests occurred in the FTII campus.

Many carried the Tricolour, candles, handwritten banners and posters expressing solidarity with the JNU students and raised slogans demanding action against those involved in the attack.

Several political leaders from the ruling Maha Vikas Aghadi slammed the violence against the JNU students-teachers and demanded stringent action against the perpetrators, here on Monday.

Terming it as “a planned attack”, Nationalist Congress Party President Sharad Pawar said the students and professors were subjected to a cowardly attack.

“I strongly condemn this undemocratic act of vandalism and violence. Use of violent means to suppress democratic values and thought will never succeed,” Pawar said.

State Congress and Revenue Minister President Balasaheb Thorat strongly flayed the “brutal violence unleashed by the goons of ABVP” inside the JNU.

“This is sheer hooliganism, they are ransacking property and harming people. I demand that the attackers should be brought to book immediately,” Thorat said.

Shiv Sena leader and Environment Minister Aditya Thackeray said that the violence and brutality faced by students while protesting is worrisome.

“Be it Jamia, JNU, students mustn’t face brutal force. Let them be! These goons must face action. They must be brought to time-bound and swift justice,” Aditya Thackeray demanded.

More protests are planned during the day on Monday, said an activist P.S. Prasad, at the University of Mumbai and at the Hutatma Chowk in south Mumbai, besides other colleges and universities, by student organisations and NGOs. 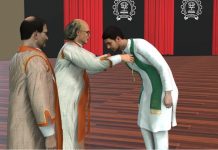 In a global first, IIT-Bombay awards degrees to ‘student avatars’