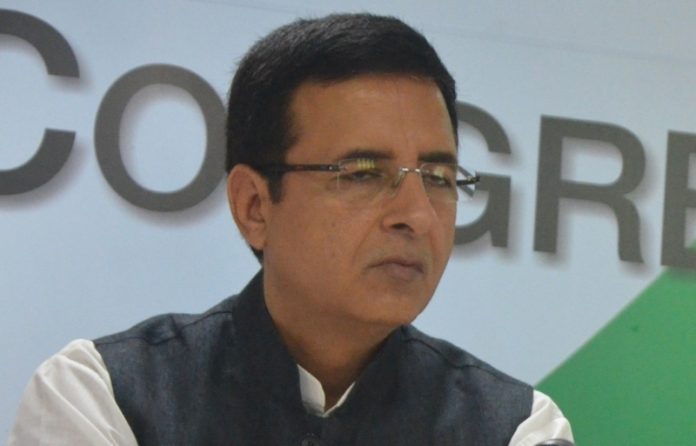 Congress spokesperson Randeep Surjewala lashed out at Gujarat Chief Minister Vijay Rupani for children’s deaths at Rajkot and also at the media for the alleged inadequate coverage of it.

But Surjewala didn’t stop there. He went on to train guns at the media asking, “Along with the BJP’s silence, the media is also silent, what are the reasons?”

Ironically his party leader Rahul Gandhi has on multiple occasions sought to defend the media and accused the central government of allegedly targeting it. But on Tuesday, Surjewala himself was found questioning the same.

Earlier, the Congress slammed the BJP for the death of children at Rajkot and Ahmedabad Hospitals in Gujarat where more than 200 infants have died in the two hospitals.

State Congress in-charge Rajiv Satav had said: “When will the Prime Minister and the Home Minister will break their silence on the deaths of children, while they boast of work done in Gujarat.”