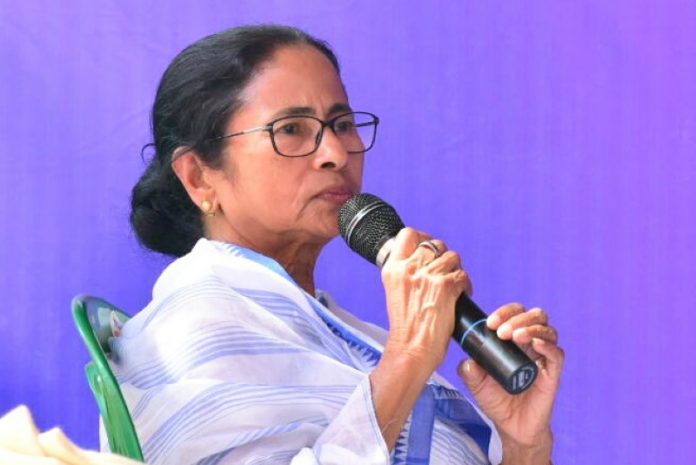 Lashing out against the CPI-M for indulging in “violence” to enforce a general strike in West Bengal, Chief Minister Mamata Banerjee on Wednesday warned the Marxists “not to fish in troubled waters”, and averred police would take strong action.

“I would request the CPI-M not to fish in troubled waters. In the name of strike and agitation, they are beating up motorbike riders in Durgapur, forcing out bus passengers and stoning vehicles. This is ‘dadagiri’, not a movement. I condemn this,” Banerjee told newspersons here, around 100 km from Kolkata.

With her government opposing the strike, the chief minister said shutdowns only cause inconvenience to the common people, the agricultural workers, shopkeepers, labourers and employees.

“The country’s economy is in very bad shape. On top of that by calling such shutdowns why do you have to harm the country more? I support the issues. But you have to agitate peacefully on the streets. But they can’t forcibly enforce the bandh. We won’t allow that,” she said.

Banerjee announced that action as per law would be taken against those destroying public property.

“Police will take strict action. I don’t believe in measures like firing, unlike what the CPI-M did (when it led the Left Front government for 34 years till 2011). The law will take its own course. Action as per law will be taken against those damaging public property,” she said.

Ten central trade unions including those affiliated to the CPI-M and other Left parties and the Congress have called the 24-hour all India general strike pressing for a 12-point charter of demands including stoppage of disinvestment in Central/State public sector units.

They have also demanded scrapping of the National Population Register initiative, a proposed nationwide National Register of Citizens exercise and the Citizenship (Amendment) Act.