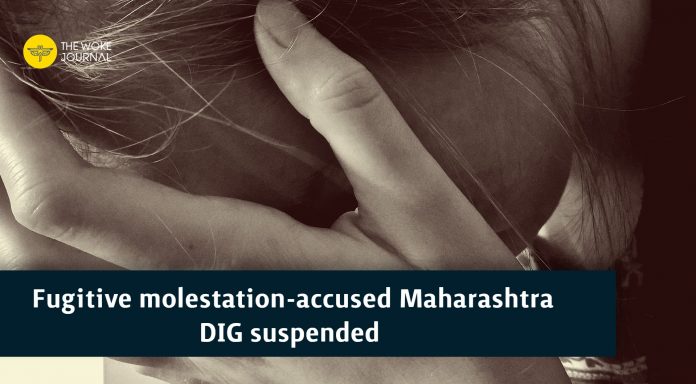 Besides, action has been taken against police driver Dinkar Salve in the sensational case in which a teenager from Navi Mumbai accused the DIG of molestation.

“Currently, the DIG is missing and police teams are on the lookout for him. The driver who had gone to the victim’s residence has been shunted to another department and further investigations are on,” Deshmukh told media persons.

The fast-paced developments came hours after a Raigad Court rejected the DIG’s plea for anticipatory bail on Thursday, paving the way for his arrest.

The alleged molestation incident occurred during the teenager’s birthday party on June 5 last year, which the accused had barged into and reportedly misbehaved with her.

The 17-year old victim has left home four days ago, leaving behind a note threatening to commit suicide and efforts are on to trace her out, police said.

According to the police and her family, late on Monday night, she slipped out of her home in Navi Mumbai leaving behind the ‘suicide threat’ note even as the Raigad police strongly opposed the DIG’s anticipatory bail plea in the court.

The police believe that she may not resort to any extreme step since she was seen in CCTV footage, carrying a bag while leaving home along with a male friend, who lives in Navi Mumbai.

After leaving her home just before midnight last Monday, she had sent images of her ‘suicide threat’ note to her family and copies were also recovered from her room, and a missing complaint has been lodged by the police. Since then, the girl and her friend’s mobile phones are switched off.

The alleged molestation incident took place at her birthday party on June 5, 2019, where More had barged in when the girl was cutting the cake.

Several invitees celebrated by offering her the cake and some even smeared it on her face amid clapping and singing.

More, who stood next to the girl, reportedly scooped some of the cake from her face with his fingers and licked it, and continued doing so even when it fell on her chest.

Shocked by this behavior, she later lodged the molestation complaint against him, after which More allegedly stalked her, even as the family faced taunts and humiliation over the birthday party incident.

The Raigad police have set up three teams to trace out the DIG, and others are also on the lookout for the missing girl and her friend.