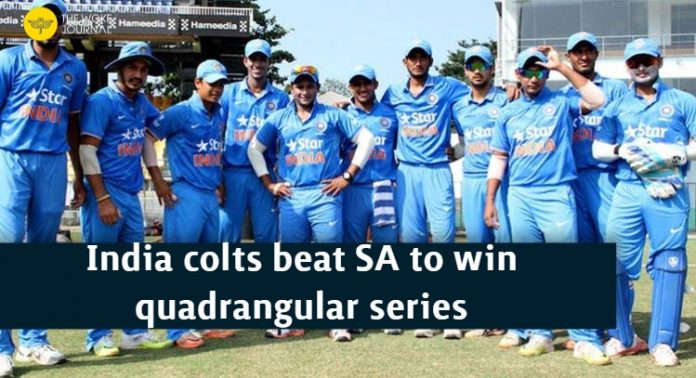 In a big boost to their preparations for the U-19 World Cup starting January 17, India colts thrashed South Africa by 69 runs to win a quadrangular series here on Thursday.

India rode on a hundred by wicketkeeper-batsman Dhruv Jurel and a four-wicket haul by left-arm spinner Atharva Ankolekar to clinch the series.

India had beaten Zimbabwe and New Zealand en-route the final.

In reply, South Africa kept losing wickets at regular intervals and was shot out for just 190.

Ankolekar bagged four wickets while Ravi Bishnoi chipped in with two scalps. Jack Lees top-scored for the home team with a 69-ball 52.

The U-19 World Cup is scheduled to be held in South Africa from January 17 to February 9.

Big B is all Praise for Dipa Karmakar!