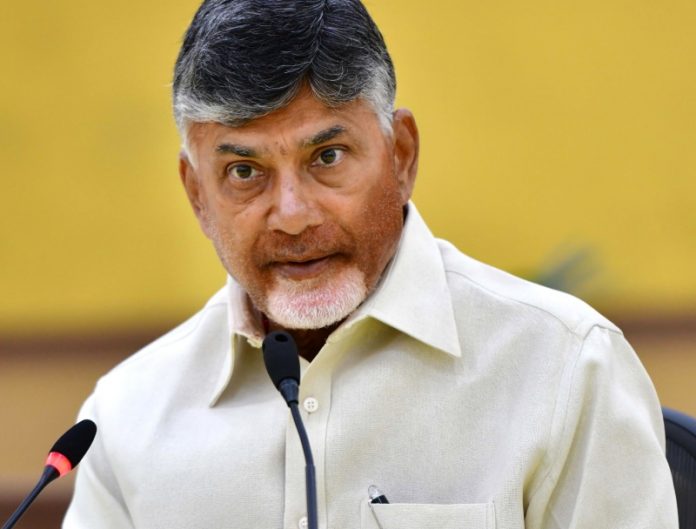 Amid high drama, police detained former Andhra Pradesh Chief Minister N. Chandrababu Naidu and other TDP leaders when they were trying to embark on a ‘bus yatra’ to Amaravati on Wednesday night.

The police later let off the Telugu Desam Party (TDP) President and other leaders at his house at Undavalli in Amaravati.

Tension prevailed near Vedika Kalyana Mandapam when Naidu, Communist Party of India (CPI) state Secretary K. Ramakrishna and other TDP leaders were leaving on a ‘bus yatra’ as part of the continuing protest by Amaravati farmers over the YSRCP government’s three capitals proposal.

Police stopped the Leader of Opposition and others, leading to a heated debate between the two sides. Protesting against the police behaviour, Naidu and others squatted on the road at Benz Circle.

Naidu condemned the high-handed behaviour of police and demanded that they be allowed to undertake the ‘bus yatra’. The protestors raised slogans against Chief Minister Y. S. Jagan Mohan Reddy and the police.

The protest led to a huge traffic jam at the busy city centre. Amid a tense situation, the police forcibly lifted the protesting leaders and carried them to waiting for police vehicles. They were later dropped at Naidu’s residence.

Meanwhile, Home Minister Mekathoti Sucharitha slammed Naidu for the “drama” and said that he is turning out to be an anti-social element after losing power. She blamed him for the chaotic situation in Krishna and Guntur districts.

“He is just trying to save the lands of his benamis in the capital region by creating a law and order problem in the region,” she said.

The minister said under the three capital proposal the legislative capital will remain in Amaravati and hence there was no need for any protest over the issue.

Several UP Schools use ‘Islamia’ as Prefix

Is the Indian State Hunting Maoists or Tribals? Gadchiroli Killings and Unanswered Questions