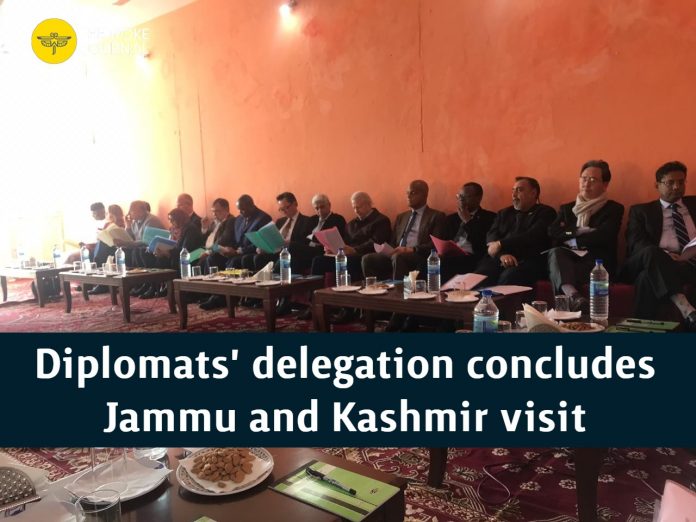 The 16-member delegation of foreign envoys concluded their two-day visit to Jammu and Kashmir on Friday.

On Friday, they met representatives of the civil societies and political groups in Jammu.

The delegation also went to the Jagti Migrant Township for the Kashmiri Pandits, 20 km from Jammu, to meet members of the community.

The Kashmiri Pandits briefed the delegation about the terror in Kashmir and the problems that they were facing since their enforced migration from the valley in the early 1990s. On Thursday, the delegation met with a member of civil societies and some journalists in Srinagar.

They were also given a briefing about the security situation by the Army at the Corp headquarters in Srinagar.

This was the second foreign delegation visiting the valley after the abrogation of Article 370 on August 5. This visit was arranged by the government as well like the previous delegation of Members of the European Parliament in October, facilitated by an NGO.