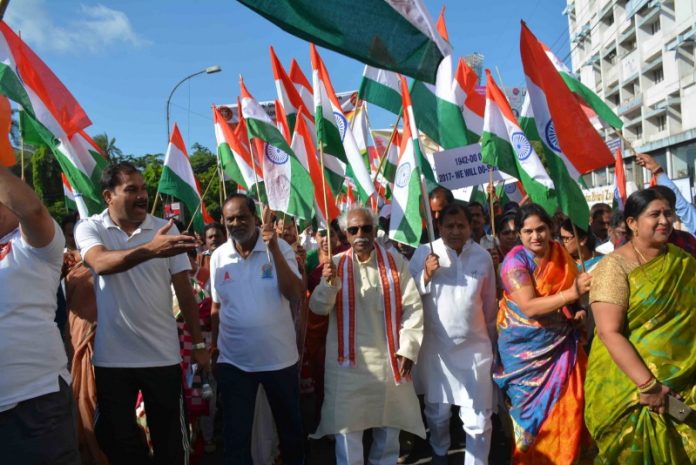 Thousands of people gathered for the Tiranga rally here on Friday to protest against the Citizenship Amendment Act (CAA).

The rally will culminate in a public meeting at the Shastripuram grounds, where Owaisi and other leaders of the United Muslim Action Committee will address the gathering.

Thousands of men and women marched from Eidgah, holding national flag and placards, demanding revocation of the CAA.

The rally began after Friday prayers at the Eidgah.

The open ground, which witnesses prayers only twice a year on the occasion of Eid, saw a massive gathering as people carrying national flags poured in from various parts of the city.

Moulana Rizwan Qureshi, imam of the Mecca Masjid, delivered the sermon and led the prayers.