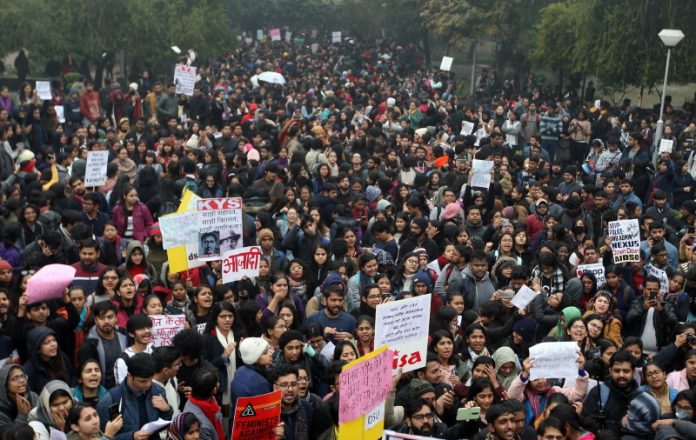 The Supreme Court on Friday sought response from various petitioners, challenging the constitutional validity of the Citizenship Amendment Act in different High Courts, on a plea by the Centre seeking transfer of these petition to the top court.

A bench of Chief Justice S.A. Bobde and Justices B.R. Gavai and Surya Kant issued notices to all petitioners and scheduled the hearing on January 22, along with other anti-CAA petitions.

The Supreme Court had on Wednesday had agreed to hear on Friday the Centre’s plea to transfer PILs filed in different High Courts, across the country challenging the constitutional validity of the Citizenship (Amendment) Act 2019, to the apex court.

Solicitor General Tushar Mehta, appearing for the Centre, mentioned the matter before a bench headed by Chief Justice Bobde stating different High Courts may take conflicting views on the matter, especially against the backdrop where nearly 60 PILs have been filed in the apex court.

The court observed that it is always good to have the advantage to see the view of the High Court. But, at the same time, the Chief Justice said we feel that the high courts should not take a view on the matter when it is pending before the apex court.

Mehta said that the PIL on the validity of the law is scheduled for hearing in the Karnataka High Court this week.

Earlier on December 18, hearing a slew of anti-CAA petitions filed before it, the SC refused to stay the law but agreed to examine its constitutional validity.

The newly amended law seeks to grant citizenship to non-Muslim migrants belonging to Hindu, Sikh, Buddhist, Christian, Jain and Parsi communities who came to the country from Pakistan, Bangladesh and Afghanistan on or before December 31, 2014.

Iran to be divided into 3 risk zones