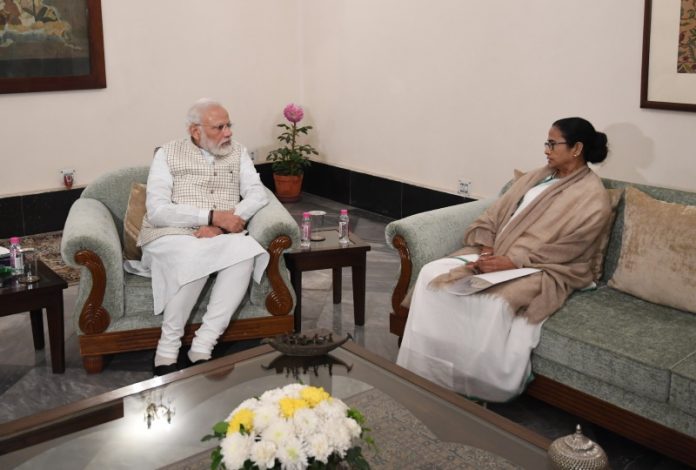 A day after the Central government notified that the Citizenship Amendment Act (CAA) has come into effect, West Bengal Chief Minister Mamata Banerjee on Saturday refused to recognise the notification, saying it would only remain a piece of paper.

“We express full solidarity, full support to the protesting students. Come forward, stand up, fight the battle against NRC and CAA,” said the Chief Minister, who rushed to the sit-in venue after a 15-minute meeting with Prime Minister Narendra Modi here.

After her speech, she left for Millennium Park, where she shared the stage with Modi, who inaugurated a light and sound show at the Howrah Bridge.

She then returned to the TMCP protest venue.