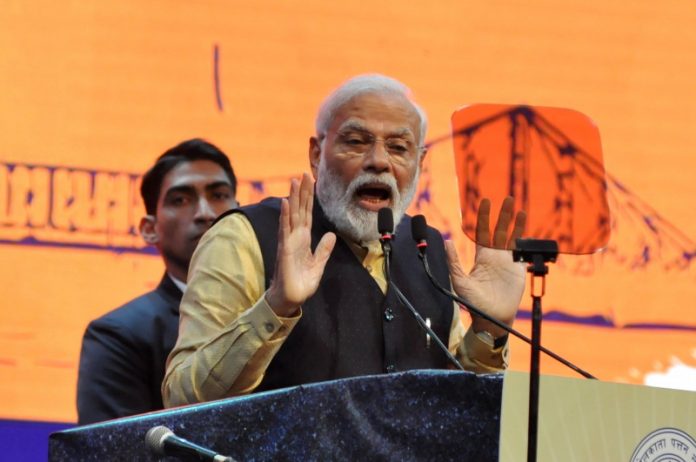 Prime Minister Narendra Modi’s advocacy of the Citizenship (Amendment) Act (CAA) and criticism of opposition parties for ‘fuelling misconception’ about the legislation during a speech at Belur Math on Sunday angered non-BJP parties in West Bengal, who decried the use of the platform of Ramakrishna Mission for ‘political propaganda’.

The Ramakrishna Mission too distanced itself from Modi’s speech.

Pointing out that the religious order was a staunch apolitical organisation believing in inclusiveness where people of all faiths “live like brothers of same parents”, Ramakrishna Math and Ramakrishna Mission general secretary Swami Suvirananda said: “We are above politics and cannot comment on Prime Minister’s speech.

“We have responded to the call of the eternal to come to the order leaving our homes. We can’t respond to the ephemeral call… Our organisation has monks from Hindu, Islam and Christian (faiths).”

Hours after Modi addressed the youth, students and other dignitaries on the occasion of Swami Vivekananda’s 157th birth anniversary celebrations at the Belur Math — the global headquarters of the Ramakrishna Math and Ramakrishna Mission — the Trinamool Congress, CPI-M and Congress were on the same page in condemning the Prime Minister for his speech.

They also made subtle criticism of the Ramakrishna Mission for letting the Prime Minister use its platform for political speech.

Seeking the help of the youth to spread awareness about the new citizenship law, Modi alleged that some political parties were not ready to understand the legislation and continued to fuel misconception about the Act which “provides citizenship and does not snatch it”.

The Prime Minister, who had stayed overnight at Belur Math, took potshots at political parties by telling the gathering: “Did you understand it clearly? Did the young students understand it? You are understanding it, but those playing political games are not ready to understand. They are continuously spreading misconception about the citizenship act for political reasons.”

“I condemn his speech. This is not in tune with the ideals and culture of the Ramakrishna Mission. I protest against the way he has used the platform of Belur Math to deliver a political speech. This is very undignified,” said Trinamool Congress Secretary-General and state Education Minister Partha Chatterjee.

The minister, alumni of Ramakrishna Mission Vidyalaya, Narendrapur, one of the reputed educational institutions run by the order, regretted that rather than talking about Swami Vivekananda’s birth anniversary, the Prime Minister chose to express his opinion about the controversial law.

Leader of Congress in Lok Sabha, Adhir Ranjan Chowdhury, referred to Swami Vivekananda’s saying that there is godliness in every person.

“Today Narendra Modi got the scope to go and stay in an institute founded by Swamiji as the spokesman of communal politics. That’s bad. I feel it was not proper to provide the platform of Belur Math for the propaganda of a political party,” said Chowdhury.

CPI-M politburo member Mohammad Salim said Modi was using religion and religious platforms. “Unfortunately, now he has even used the Ramakrishna Mission. I am sure all the monks won’t support what he has said on Vivekananda’s birth anniversary,” he said.

The BJP, however, strongly backed Modi.

State BJP General Secretary Sayantan Basu said the Prime Minister has only spoken about the law of the land at Belur Math.

“He has only articulated government policy. Has he said anything else? What is wrong there,” Basu told IANS.