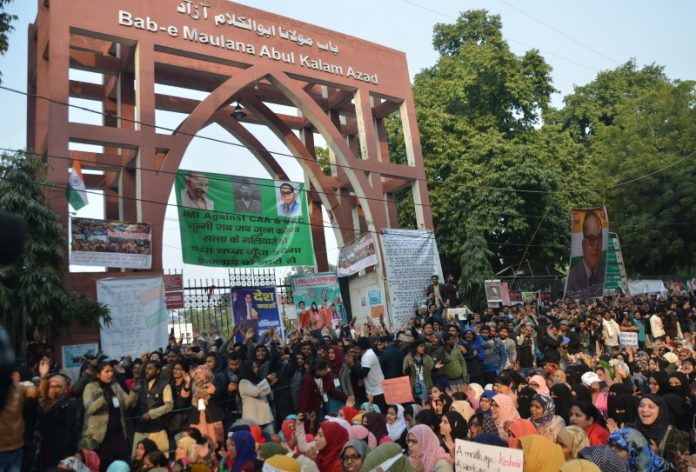 The students are demanding that an FIR be registered against the Delhi Police over the incidents of assault on students. Seeking an end to harassment, the protesters have also sought assurances of security for students.

Surrounded by protesting students on campus, the vice-chancellor Najma Akhtar responded by saying that filing an FIR will not ensure security. “We are doing everything possible from our end. We have made security arrangements at all places,” she said.

The vice-chancellor appealed to the students to end their protests.

The Jamia Millia Islamia campus was the scene of tension following anti-CAA protests erupting in violence in the neighbouring areas of Shaheen Bagh and Jamia Nagar. On December 15, police had stormed into the campus and have been accused of assaulting students