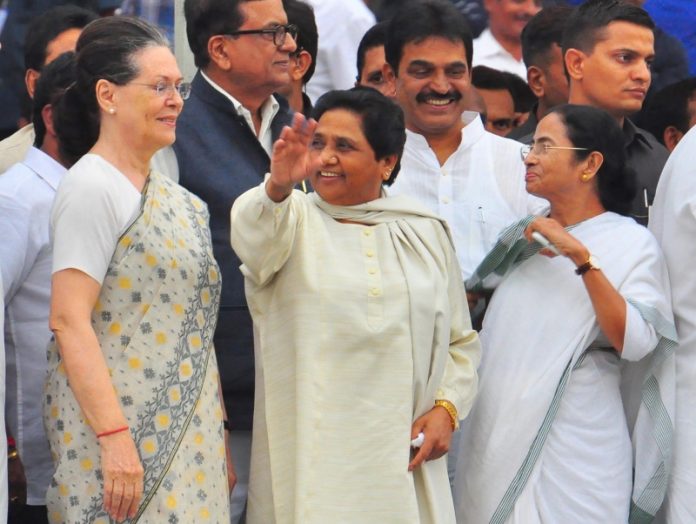 Accusing the Congress of betraying the Bahujan Samaj Party (BSP) despite giving outside support to the government in Rajasthan, party supremo Mayawati on Monday made it clear that her party would not be attending the Opposition meeting called by United Progressive Alliance (UPA) chairperson Sonia Gandhi.

Mayawati also appealed the Centre to make amendments in the controversial Citizenship Amendment Act (CAA) and the National Register of Citizens (NRC).

In a series of tweets in Hindi, Mayawati said: “Despite giving outside support to Congress in Rajasthan, they made the BSP MLAs to join their party for the second time, which is betrayal.”

“Thus participating in the opposition meeting called by Congress will be demoralising for the BSP. So BSP will not attend the meeting,” she said.

Her remarks came ahead of the Opposition meeting convened by Sonia Gandhi over the issue of CAA, NRC and attacks on students in Jamia Millia Islamia University, Aligarh Muslim University and Jawaharlal Nehru University (JNU).

Cracks in Opposition has been visible in the last couple of days as West Bengal Chief Minister and Trinamool Congress chief Mamata Banerjee has said that she will not attend the meeting.

Lamenting at the Central government over the controversial CAA, Mayawati appealed the government to take it back.

“The BSP is against the CAA and the NRC. BSP appeals to the government to roll back the divisive and unconstitutional act. Even the politicisation of the students in JNU and other varsities is unfortunate,” the BSP chief added.