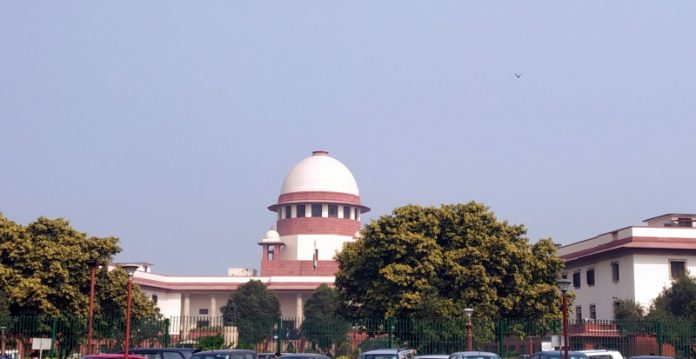 The Supreme Court on Monday clarified that it was not hearing the Sabarimala review pleas but focused on examining the larger issue of law, like the ban on women’s entry to mosques and temples, genital mutilation among Dawoodi Bohras, and bar on Parsi women married outside the faith from entering the fire temple.

A nine-judge bench, headed by Chief Justice S.A. Bobde, said the court would examine the legality and essentiality of religious beliefs that discriminated against women.

Justice Bobde drawing out the contours of the judicial enquiry said it would primarily examine the seven questions referred to a larger Bench by a five-judge Bench on November 14, 2019, in a split 3:2 majority judgment.

In November, a five-judge Bench then headed by Chief Justice Ranjan Gogoi instead of deciding on the Sabarimala judgment review, which allowed entry of women of all ages to the Sabarimala temple, framed seven questions and referred that to a seven-judge Bench.

The questions included whether “essential religious practices” would come under the ambit of constitutional protection under Article 26 (freedom to manage religious affairs).

The CJI said the court would only examine the propositions of law raised about religious practices, believed to be essential to various religions, and it would not go into the individual facts of the petitions.

The court has clarified that it would not delve into the legality of issues associated with the practice of polygamy and ‘nikah-halala’ in Islam. To streamline the process of examining the legal issues, the CJI has asked lawyers to hold a conference on January 17 to frame questions on law, which would be examined by the nine-judge Bench.

The court posted the case for hearing after three weeks.

The lawyers also contended that petitions challenging the Citizenship (Amendment) Act were listed for hearing on January 22, and this should not impact the hearing by the nine-judge Bench, the CJI said cases would be heard “chronologically”.

The advocates queried on the strength of the nine-judge Bench constituted to look into the matter and asked was it to test the seven-judge Bench that delivered the Shrirur Mutt judgment.