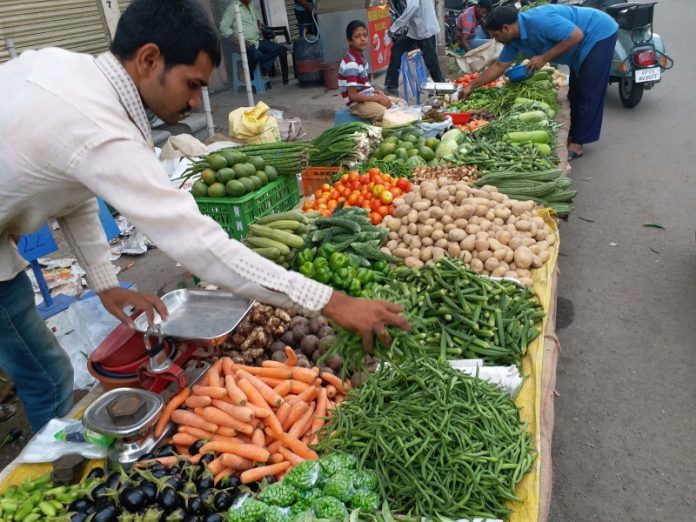 The Aam Aadmi Party on Tuesday slammed the BJP over the retail inflation saying the saffron party has failed and it is impossible for a common man to run the house.

AAP leader Manish Sisodia urged people to vote carefully and warned each vote for the BJP will be for costlier electricity, water, education, transport and healthcare.

“Each vote for BJP will be for inflation,” Sisodia said.

He dared the BJP and asked why can’t it go in public and ask for votes on healthcare, education.

“Will they get votes if they discuss these issues. They should go in public and say the inflation is this high under our rule. Then see how many will vote for them,” Sisodia said while speaking to the media.

He said the Delhi government is facilitating people by providing basic amenities like electricity, water, education and healthcare. “We assure you that we will continue these schemes that have helped the normal citizens to cope up with inflation.”

Sisodia said the BJP leaders have said they will end AAP government’s free subsidy schemes, which will add burden on people.

His remarks came a day after massive rise in food prices lifted India’s December retail inflation to a 65-month high at 7.35 per cent from 5.54 per cent in November, official data showed on Monday.

Similarly, the Consumer Food Price Index (CFPI) inflated to 14.12 per cent during the month under review from an expansion of 10.01 per cent in November 2019 and (-)2.65 per cent rise reported for the corresponding period of last year.

In addition, the data assumes significance as the Reserve Bank of India in its last monetary policy review maintained the key lending rates on account of rising retail inflation.

Priyanka Chopra, Rajkummar Rao to star in ‘The White Tiger’

No justice if such leaders are in power, says brother of Geetika Sharma