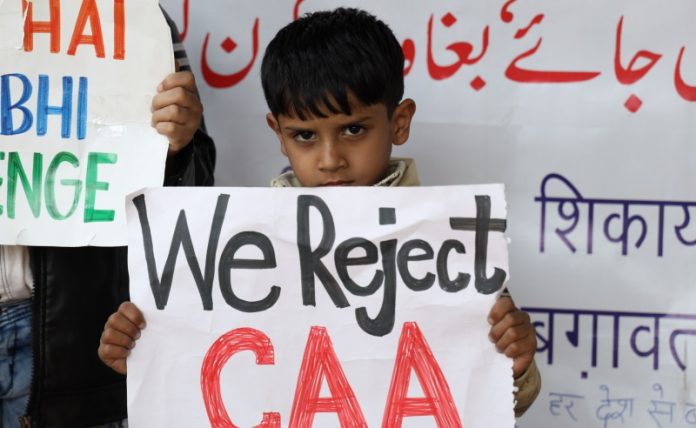 The Jamiat Ulema-e-Hind will on Thursday hold a conference with 200 clerics and students of the Jamia Millia Islamia here to allay fears and doubts among certain sections of the Muslims amid protests and growing controversy over the Citizenship Amendment Act (CAA) that was enforced on January 10.

The Jamia students have been invited to the conference, as it was from this varsity that the movement erupted on December 15, when students and protesters clashed with Delhi Police after anti-CAA slogans were raised following the enactment of the CAB on December 11. It then spread like wildfire across the country.

The Rashtriya Swayamsevak Sangh (RSS) has taken the responsibility to arrest the growing controversy over the new Citizenship Act.

According to sources, the MRM will involve the clerics across the country to reach out to the larger Muslim population.

According to an MRM cadre, they will discuss the Citizenship Amendment Act (CAA) and the problems arising from it. They will try to handle questions related to the growing animosity and confusion among the Muslims on CAA.

The MRM believes most of the problem is due to the rumours being spread about CAA regarding proof of identity. Therefore, doubts must be allayed.

According to Hussain, such type of awareness event will also be held in other states and cities.