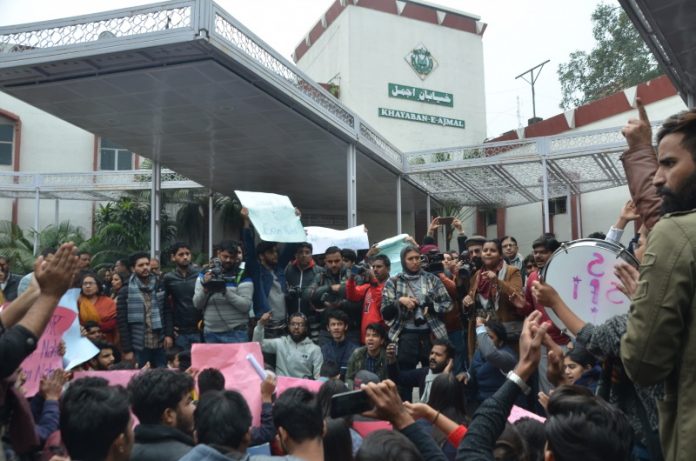 Around 25-30 students who were protesting against the Citizenship Amendment Act and alleged brutality by the police in the Jamia Millia Islamia were detained by the Delhi Police on Thursday from the Turkaman Gate area.

The detained students were taken to Rajinder Nagar police station. The students have alleged that they were detained forcibly.

On December 15, 2019, there was a face-off at the Jamia Millia Islamia between the students and police that sparked protests across the country which are still continuing.

Priyanka Says Serving as Goodwill Ambassador privilege of my life