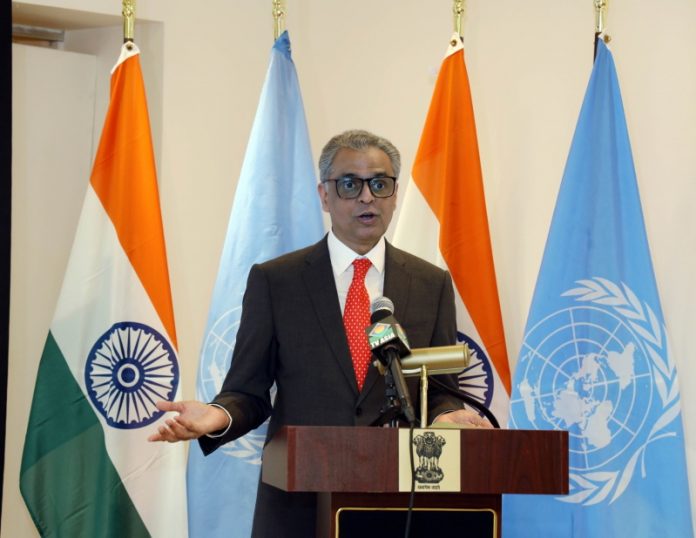 When China brought up the Kashmir issue at a consultation of the Security Council, it was met with a pushback led by the other permanent members who said it was a bilateral issue and not a matter for them isolating Beijing in the 15-member body, according to diplomatic sources here.

Especially the US and France took a strong a stand and Britain, which waffled at the last Kashmir consultation in August 2019, joined them on Wednesday in taking a strong position against Council interference, the sources said.

Vietnam’s Permanent Representative Dang Din Quy, who is the Council President for this month, did not speak to the media or make a statement as is often done after such consultations because the Council did not authorise it, despite China’s request.

The closed-door meeting was held in a consultation room away from the stately Council chamber.

Zhang cited a letter from Pakistan’s Qureshi to the Council to create a sense of urgency.

Qureshi alleged that India had removed parts of the fence on the Line of Control (LoC) in five sectors and deployed Brahmos, and anti-tank and other missiles along the line.

The sources said that one of the proposals China made was to reconsider the mandate of the UN Military Observers Group in India and Pakistan (UMOGIP) to get it to take on a more active role.

It was, however, rejected out of hand by the others.

UNMOGIP that monitors the LoC is a relic of the 1940s. India has said that it was no longer relevant and should be scrapped.

Virtually all the 15 members of the Council said that while there was a need to deescalate the situation, it had to be resolved bilaterally, the sources said.

After the consultation ended, China’s Zhang who had asked for it, said the meeting encouraged India and Pakistan “to have dialogue and to seek means to seek solutions through dialogues”.

This was a virtual acknowledgement of India’s stand that disputes between it and Pakistan are bilateral matters under the 1972 Simla agreement and should be solved bilaterally.

Qureshi spoke with consternation about the Council members reiterating that it was a bilateral issue.

“One hears that many countries are of the view that this is a matter of concern, but should be discussed and resolved bilaterally,” he said, adding that Pakistan was willing to directly talk to India about the outstanding issues, but New Delhi refused to reciprocate.

India’s condition for dealing with Pakistan is that it stops cross-border terrorism.

Asked what the meeting had achieved, Zhang said: “I am sure the meeting helped both parties to understand the risk of further escalation and will encourage them to approach to each other and to have a dialogue.”

He refused to answer the question of why China had raised the issue at this time.

This was China’s third attempt to bring up the Kashmir issue before the Council.

It first brought up during the consultations last August, which ended like today with nothing to show for it.

In August, Britain had supported the Council President issuing a statement, which did not find enough support. But this time did not back the suggestion and took a clearer stand against Council involvement.

China had tried to bring up the Kashmir issue against last month but backed out at the last moment when it found no support at all.

A diplomatic source said that China had hoped that with the Security Council’s composition changing in January when five non-permanent members retired and were replaced by a fresh set it would get some traction.

But it did not work out.

Akbaruddin said: “Pakistan’s practice of using false pretences to distract from addressing the malaise that afflicts it has run its course today.”

AMU Postpones Examinations Till May 12 Over Jinnah Portrait Row