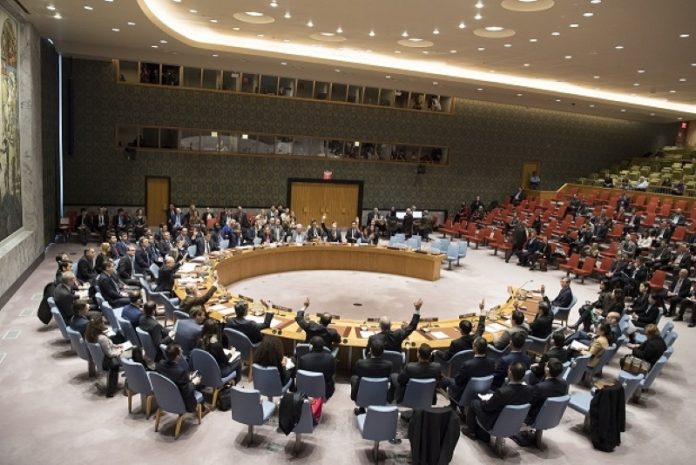 China has informed the members of the United Nations Security Council (UNSC) that it will raise the India-Pakistan issue during a closed door session on Wednesday, according to diplomatic sources.

It is likely to come up after the scheduled session on Mali when it will adjourn from its chamber to the consultation room for closed consultations.

Rather than focusing on Kashmir, as it did at a consultation in August, China is expected to take a broader approach to India-Pakistan issues by including Kashmir in it and claiming that a serious situation was developing on the subcontinent and asking for a briefing.

For this, China is expected to draw attention to a letter from Pakistan Foreign Minister Shah Mehmood Qureshi to the Security Council alleging border violations by India and the deployment of more weapons.

In the letter, Qureshi alleged that India had removed parts of the fence on the Line of Control in five sectors and deployed Brahmos and anti-tank and other missiles along the line.

China’s Permanent Representative Zhang Jun had mentioned this letter after his failed attempt to hold consultations on India-Pakistan in December last year.

Qureshi is expected to be at the UN on Wednesday, stopping here on his way to Washington for meetings with US officials on the Iran crisis.

But he will not be here in time for the consultation, and even if he were, he would not be allowed to participate directly.

He is scheduled to have a meeting with UN Secretary-General Antonio Guterres later in the evening.

The official schedule for the Security Council mentions only Mali as the topic of consultations, but there is a provision for raising other issues under the “any other business” category that Beijing wants to utilise, diplomats said.

China last month tried to raise the India-Pakistan and Kashmir issues at a similar consultation but withdrew its request when it found overwhelming opposition to it.

Diplomatic sources said that Beijing was making a second attempt as the Security Council’s composition changed in January when five non-permanent members retired and were replaced by a fresh set.

It is hoping that it may get support from some of the new members and not be totally isolated as before.

Regardless of the support, it gets, China has the right to raise any issue it wants.

While the US was the President of the Security Council in December, Vietnam, a newcomer to the body, has that role now.

Wednesday’s consultation will be similar to the one held in August that focused on the Kashmir issue after the abrogation of Article 370 which granted special status to the erstwhile state of Jammu and Kashmir.

Nothing came out of that meeting, with the members refusing to even allow a statement on the meeting to be issued.