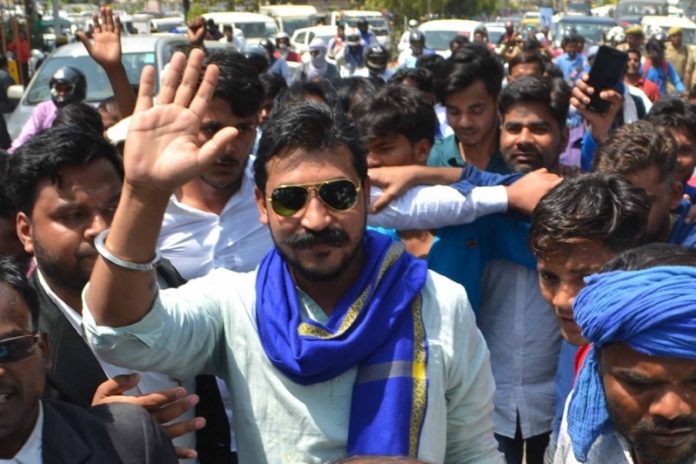 A Delhi Court on Wednesday granted bail to Bhim Army Chief Chandrashekhar Azad who was arrested in connection with the violence that erupted in the Daryaganj area of the national capital amid protests against the Citizenship Amendment Act (CAA).

Additional Sessions Judge Kamini Lau while granting bail to Azad ruled that Azad cannot stay in Delhi or hold any dharna till Delhi elections are over.

The court asked the Delhi Police to escort Azad to his residence in Saharanpur within 24 hours of his release.

“While in Saharanpur, Azad would mark his presence before the SHO at Fatehpur police station on every Saturday for four weeks. In case Azad has to visit AIIMS for his medical condition, he will first inform DCP Crime who will provide him with an escort,” the court ruled.

Lau also clarified that before leaving for Saharanpur, if Azad wishes to visit any place in Delhi including Jama Masjid or Ravidas Temple, the Delhi Police will not stop him.

The court said the conditions were for a period of one month in view of the upcoming assembly elections in Delhi and Azad might seek modification of the order in pursuance to the legal rights available to him.

On Tuesday, the court reprimanded the Delhi Police for failing to show any evidence against the Bhim Army chief who was arrested in the wake of violence that broke out during the anti-CAA protests in Daryaganj area last month.

“Show me anything or any law that prohibits such a gathering… Where is the violence? Who says you cannot protest…have you read the Constitution? It is one’s constitutional right to protest. You are behaving as if Jama Masjid was Pakistan and even if it was in Pakistan, you can go there and protest. Pakistan was a part of undivided India,” said Additional Sessions Judge Kamini Lau while hearing the bail plea filed by Azad through his counsel Mehmood Paracha.

In his bail plea, Azad said there was no evidence against him in the FIR which states that he had instigated the crowd to march to Delhi Gate from Jama Masjid and indulge in violence.

“No motive has been attributed to the accused in the present FIR, and all charges have been added mechanically,” the plea said.

Azad said he suffers from severe physical disability, and it cannot be comprehended that he could at all influence any witness. It is to be considered that all the material witnesses in the incident are police officials, and therefore it is further unlikely that any witness tampering will be attempted by any individual, he said.

Azad stated he undertakes to comply with any condition imposed by the court necessary for granting bail.

Barber shops to be opened in rural TN from Tuesday