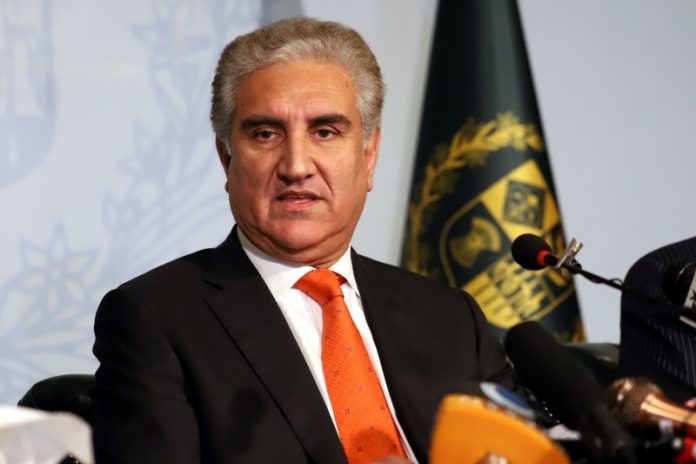 After a failed bid by China to get the UN Security Council involved in the Kashmir issue, Pakistan’s Foreign Minister Shah Mehmood Qureshi has acknowledged that in the eyes of the world it was a bilateral matter for New Delhi and Islamabad to resolve.

“One hears that many countries are of the view that this is a matter of concern, but should be discussed and resolved bilaterally,” he said at a news conference here on Wednesday.

The view that he referred to is the official position of India, which says that under the 1972 Simla Agreement, disputes between the neighbours have to be dealt with bilaterally and has opposed any outside involvement.

China brought up the Kashmir issue at a Council consultation on Wednesday but other members said it was a bilateral issue that it should not take up, diplomatic sources with knowledge of the proceedings said.

The meeting ended even without a statement.

Qureshi asserted he fact that the Kashmir situation has been discussed in the Council for the second time in five months, “is a clear indication that the Security Council is cognisant that the issue is on the agenda fo the Security Council and the impression that India tries to give that this is an internal matter is not accepted”.

The Council held a consultation on Kashmir last August and at that meeting also Council members did not want to get involved in a bilateral issue.

He repeated Pakistan’s offer to engage with India to deal with outstanding issues and said that India had rebuffed its overtures.

India has made an end to crossborder terrorism a condition for negotiations and improving relations.

Qureshi immediately took a swipe at India, saying: “People are seeing a shift that is taking place from a secular India to a Hindu Rashtra, Hindutva philosophy that is being imposed as opposed to the views and vision of the founding fathers.”

He also made a mention of the country-wide protests in India against the Citizenship Amendment Act and the National Register of Citizens and said that they were getting a global airing because there wasn’t a clampdown on international media as there was in Kashmir.

Qureshi said he met Secretary-General Antonio Guterres to appraise him about the situation in the region.

He said that Guterres expressed concern over the situation in Kashmir and mentioned a long meeting he had had on the sidelines of the G20 Summit in Osaka in June.

A terse UN statement about the meeting said they “exchanged views on developments in the region”, and “the Secretary-General reiterated the importance of maintaining peace and stability in South Asia through political dialogue, diplomatic solutions and respect for human rights”.

Qureshi, who had met Iranian President Hassan Rouhani and Foreign Minister Javad Zarif in Tehran on Sunday and Saudi Foreign Minister Faisal bin Farhan Al-Saud on Monday in Riyadh, said he will be meeting Secretary of State Mike Pompeo in Washington on Friday.

He said the US-Iran confrontation was deescalating and that Pakistan was trying to promote peace in the region through the contacts.