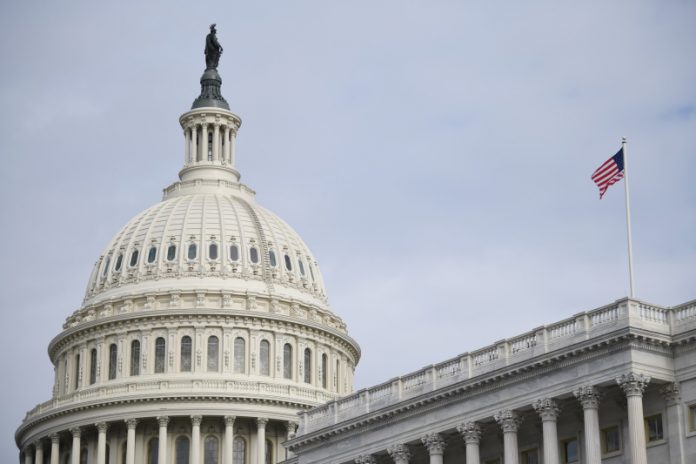 Bearing the impeachment documents, the seven prosecutors appointed by the US House of Representatives marched ceremoniously across the nation’s Capitol to the Senate and delivered the documents for the trial of President Donald Trump, ending weeks of a standoff between the Democrats and Republicans.

With the charge sheet handed over to the Senate on Wednesday, the third trial of a President in the nation’s 243-year history will begin on January 21.

Trump faces the twin charges of obstruction of Congress and abuse of power.

“We are here today to cross a very important threshold in American history,” Nancy Pelosi, the Speaker of the Democrat-controlled House, said before the body voted on Wednesday to send the chargesheet to the Republican-majority Senate for a trial that is certain to acquit him of the charges.

A senior administration official told reporters: “We’re prepared. We have been ready and are ready to get things moving in the Senate because the facts overwhelmingly show that the President did nothing wrong.”

The leader of Republican-controlled Senate said: “This is a difficult time for our country — but this is precisely the kind of time for which the (Constitution) framers created the Senate.”

Supreme Court Chief Justice John Roberts will preside over the trial at which the Senators will act as jurors.

The seven prosecutors for the trial, who will represent the House, will face off a team of Trump lawyers for the defence.

A two-thirds majority will be required to convict Trump and remove him from office, but that is unlikely as Republicans hold a 53-seat majority in the 100-member body.

The two Presidents who were impeached and tried – Bill Clinton in 1998 and Andrew Johnson in 1868, But they were both acquitted.

Undeterred by the prospect of acquittal, Pelosi spoke of the black mark impeachment leaves: “It is true, once someone is impeached it cannot be erased.”

For four weeks Pelosi had held off sending the chargesheet – formally known as the Articles of Impeachment – as she and Chuck Schumer, the Democratic Party leader in the Senate, unsuccessfully tried to force Mitch McConnel, to accept their demands for calling witnesses and introducing new evidence.

Democrats hope that the trial would put the spotlight for about a month on what they consider Trump’s misdeeds and erode his support in the November 3 presidential election.

The House voted the chargesheet on December 18, 2019, after nearly three months of the impeachment process that included secret testimonies from witnesses in an underground chamber, public hearings, a House debate and, finally a ballot mostly along party lines.

The charges against Trump stem from a request he made during a phone call last July to the newly-elected Ukraine President Volodymyr Zelensky to investigate the dealings of the former Vice President Joe Biden and his son in that country.

Military aid to Ukraine worth about $400 million was also put on hold around the time the request was made.

Since Joe Biden is the front-runner for the Democratic Party nomination to run against Trump, asking for an investigation against him and withholding aid amounted to abuse of power, the Democrats say.

His failure to give the House investigators documents they wanted and not allowing some witnesses to testify gave rise to the obstruction charge.

Hunter Biden, who was removed from the Navy amid drug allegations and had no energy business experience, was made a director of a Ukrainian gas company with a monthly payment of $83,000 and his father had a prosecutor looking into the firm removed.

His defenders say it was because the prosecutor was corrupt and not because of his son’s position in the company.

Trump had said that he wanted a full trial with several witnesses called to testify, but changed his mind and called for a summary dismissal of the impeachment.

McConnel ruled it out saying that Senators wanted a trial because they felt they had an obligation to hear the case.

The trial is expected to run for four months.

After the chargesheet reached the Senate, McConnell asked the prosecutors to return at noon on Thursday to read out the charges.

Next Roberts will be sworn-in as the temporary Senate President for the trial.

‘Few have the courage that you do,’ Priyanka backs Rahul’s decision to resign