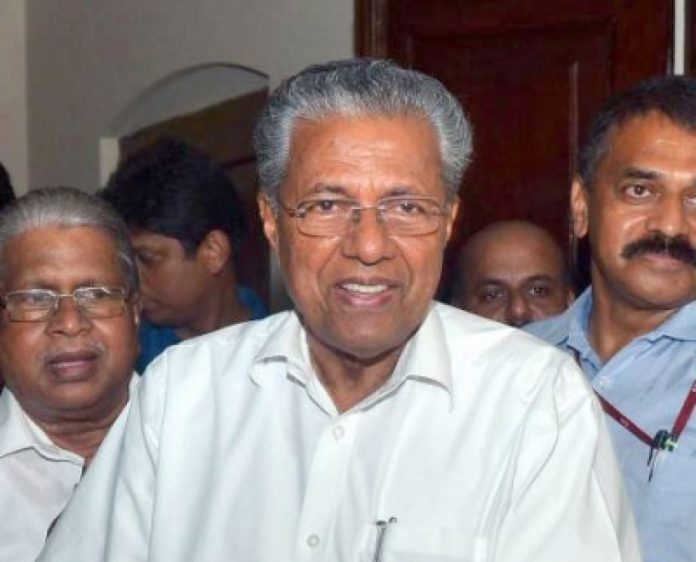 After coming under pressure from the Congress-led opposition for being silent, Kerala Chief Minister Pinarayi Vijayan on Thursday took on Governor Arif Mohammed Khan.

Speaking at an anti-new citizenship law (CAA) meet at Malappuram, Vijayan said, “Yes, we have opposed the CAA. We have demanded it to be repealed in the Kerala Assembly. It’s best that those who are speaking now, should spend time reading that book (Constitution). Everything is written in it. This is a country where democracy prevails and not the yesteryear’s ‘resident’ who reigned supreme over local kingdoms. No resident is above the Assembly,” Vijayan said without naming the Governor.

Earlier in the day, Khan said he was not a rubber stamp and would apply his mind. Khan was reacting to the media after reports surfaced that he refused to sign an ordinance approved by the Kerala cabinet to increase the number of members in local bodies.

“I make it clear the Constitution doesn’t expect me to be a rubber stamp. I have to apply my mind. I will need time to go through what the ordinance is all about. With the House session to be convened soon, what was the need. I have raised some questions. After getting answers, I will apply my mind. I never said I will not sign,” said Khan.

When pointed out that the government would return it (ordinance) to him, if he didn’t sign, Khan shot back, “Who said so? There is nothing like that.”

“There is a legal maxim — neither me nor anyone is above the law. I’m not against anyone approaching the judiciary. With me being the constitutional head of the state, they (the state government) should have informed me about it. I came to know about it through the newspapers,” he said.

“Some people here, think they are above law,” Khan remarked.