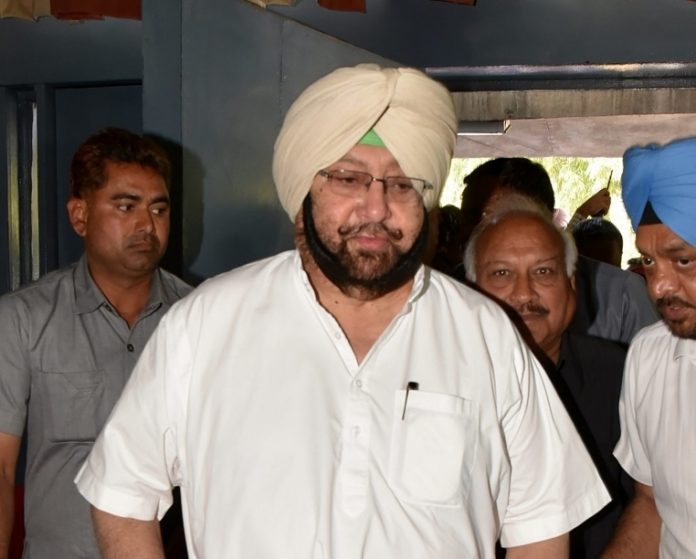 After Kerala, Punjab on Friday became the second state to pass a resolution against the Citizenship Amendment Act (CAA).

The Congress-ruled government moved the resolution in the Assembly that got the support of the main opposition AAP.

However, the Shiromani Akali Dal (SAD), an alliance partner of the BJP in the state, opposed the resolution but protested against not inclusion of the Muslims under the CAA.

The resolution was moved by Local Bodies and Parliamentary affairs minister Brahm Mohindra on the last day of the two-day special session.

He favoured doing away with the CAA, saying it was “against secular valuesa.

AAP legislator Aman Arora said the law was enacted to divert attention from “bigger issues”, while SAD’s Sharanjit Dhillon said that the Muslims should not be left out under the CAA.

“What is happening in this country? We need to learn from history. In the 1930s, the same happened in Europe. First, they were against Communists, then they were against Jews. This is religious cleansing,” said the Chief Minister.

He said that there was an attempt to “change the secular fabric of this country”.

Slamming his rivals the SAD, he said “the Akalis have forgotten the teachings of even Guru Nanak while supporting CAA.”

He said he would gift Hitler’s memoir ‘Mein Kampf’ to all the Akalis so that they would know how fascist ideology is being implemented.

According to the resolution, the CAA enacted by Parliament has caused “countrywide anguish and social unrest with widespread protests all over the country”.

“The CAA seeks to negate the very secular fabric on which the Constitution of India is based. It is divisive and stands for everything opposed to a free and fair democracy which must enshrine equality for all,” it said.

“Alongside the religion-based discrimination in granting citizenship, it is apprehended that the CAA is also likely to endanger the linguistic and cultural identity of some sections of our people. The CAA also envisages cancellation of the registration of Overseas Citizens of India (OC) cardholders, if they violate any law,” it said.

It said: “The CAA is aimed at distinguishing illegal migrants on the basis of religion, which is not permissible under the Constitution. It is also violative of Article 14 of the Constitution, which guarantees the Right to Equality and equal protection of the laws to all persons.”

“In the backdrop of these facts, it is evident that the CAA violates the secular identity of India, which is the basic feature of our Constitution; therefore the House resolves to urge upon the government of India to repeal the CAA to avoid any discrimination on the basis of religion in granting citizenship and to ensure equality before law for all religious groups in India,” it said.

“Given the apprehensions about the National Register of Citizens (NRC) and that the National Population Register (NPR) is a prelude to the NRC designed to. Depriving section of persons from the citizenship of India and implement CAA, this House further resolves that Central Government should amend the forms documentation associated with the NPR to allay such apprehension in the minds of the people and only thereafter undertake work of enumeration under NPR,” the resolution added.