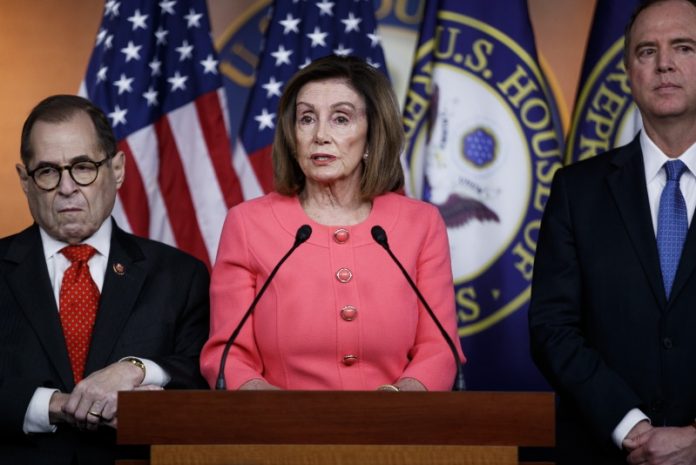 In a rare rebuke of Facebook, US House Speaker Nancy Pelosi has accused the social networking platform of misleading the American people and “schmoozing” President Donald Trump’s administration out of anti-trust action.

Pelosi, during her weekly press briefing here on Thursday, said that Facebook has been very abusive of the great opportunity that technology has given them.

“My thought about them is that all they want is their tax cuts and no antitrust action against them, and they schmooze this administration in that regard because so far that is what they’ve received,” Pelosi said.

She was replying to a question whether Facebook and its CEO Mark Zuckerberg have too much power.

Several US lawmakers, including Senators Kamala Harris and Elizabeth Warren, have been pitching to break up Facebook.

According to Pelosi, Facebook intends to be accomplices for misleading the American people “with money from God knows where”.

“They didn’t even check on the money from Russia in the last election. They never even thought they should. They have been very irresponsible,” she stressed.

“I think their behaviour is shameful,” Pelosi added.

Facebook was yet to issue a statement on Pelosi’s outburst.

Last December, Facebook admitted to US senators that its tracks the location of its users even when they have turned off the location settings.

In a letter addressed to Senators Christopher A. Coons and Josh Hawley, Facebook’s Deputy Chief Privacy Officer Rob Sherman detailed the social networking giant tracks a user’s location even when the user has turned off the tracking services from their account.

Modi over CAA at Ramalila Maiden