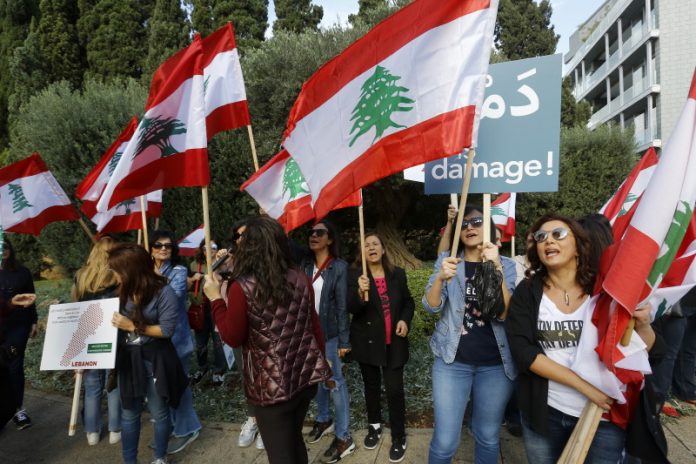 Lebanese journalists staged a rally outside the Interior Ministry in Beirut to protest against the anti-riot polices use of excessive force against demonstrators in recent days.

The state-run National News Agency reported that Lebanon’s Interior minister Raya al-Hassan approached the journalists on Thursday, assuring them that any aggression against the media was rejected and condemned, reports Efe news.

“We do not accept the attack on media professionals and journalists who are responsible for covering current events and developments,” al-Hassan said.

The security forces beat journalists and photographers who were covering the rallies on al-Hamra street Tuesday and in front of al-Helou police station Wednesday.

Journalists and photographers said they had their equipment broken and were prohibited from doing their job.

The Lebanese Press Editors Syndicate condemned the incidents and considered them part of “a series of flagrant violations affecting the press since October 17”, when nationwide anti-government demonstrations broke out.

“What the security forces did was condemned and rejected, and we will not be silent about it.

“The Minister of the Interior should open an investigation into the aggression and take punitive and behavioural measures against the relentless repression of fellow journalists and media workers, using excessive and totally unjustified force.”

Lebanon has been gripped by demonstrations since mid-October, leading to the resignation of Prime Minister Saad Hariri.

Demonstrators are demanding Lebanese leaders form a new government and a solution for the country’s deteriorating economic situation.

Since the protests started, the economy has been progressively deteriorating and the Lebanese pound has lost its value against the US dollar, which is widely used in Lebanon.