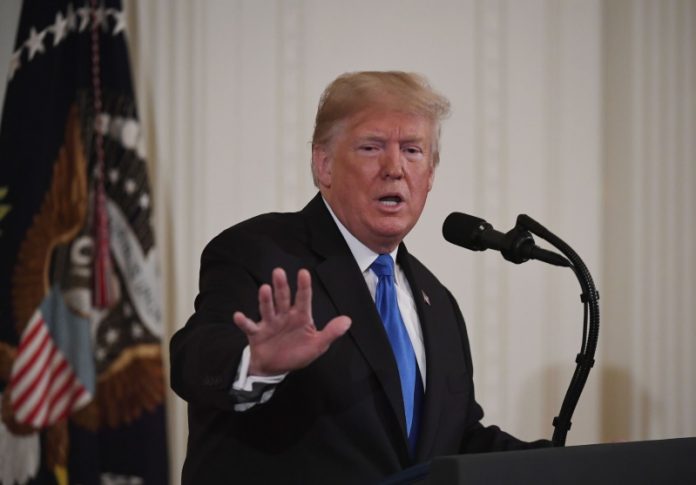 US Chief Justice John Roberts has been sworn in on the Senate floor for the soon-to-begin impeachment trial, making Donald Trump only the third president in US history to face such a trial in the upper chamber.

The trial is set to begin next week on Tuesday with Roberts presiding.

Roberts then swore in 99 of the 100 senators who will serve as impeachment jurors with the oath to deliver “impartial justice”, Xinhua reported.

Senator James Inhofe, a Republican from western state Oklahoma, was absent on Thursday reportedly for a family medical issue.

“Will all senators now stand, and remain standing, and raise their right hand,” Roberts said, “Do you solemnly swear that in all things appertaining to the trial of the impeachment of Donald John Trump, president of the United States, now pending, you will do impartial justice according to the Constitution and laws?”

Together the senators responded “I do” at their desks and then were called up to sign the impeachment trial oath book in groups of four.

On Thursday noon, House impeachment managers, all of whom Democratic lawmakers, came to the Republican-run Senate and formally read the two articles of impeachment accusing Trump of abuse of power and obstruction of Congress.

“With the permission of the Senate, I will now read the articles of impeachment,” said lead manager Adam Schiff, chairman of the House Intelligence Committee, on the Senate floor.

Senators sat silently as trial rules approved by the Senate on Wednesday prohibit talking or cellphones during the trial proceedings.

According to the US Constitution, the chief justice serve as the presiding officer. Senators will ultimately render the verdict.