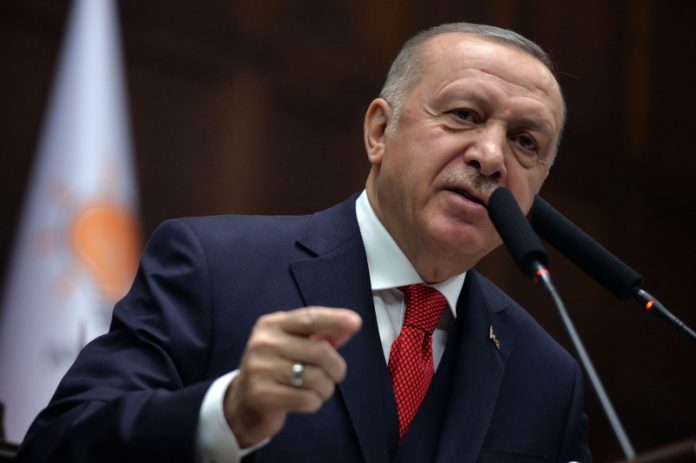 Turkish President Recep Tayyip Erdogan has slammed the Syrian regime for failing to comply with the ceasefire, which was brokered by Turkey and Russia.

“It is a clear proof that the Syrian regime does not comply with the steps we have taken regarding the cease-fire,” Erdogan told reporters in Istanbul on Friday, referring to the latest air strikes carried out by the Syrian forces in Idlib, the country’s last rebel-stronghold province.

“Developments in Idlib are disturbing,” he said, noting that at least 20 civilians were killed in the attacks, Xinhua reported.

The Syrian regime and Iranian-backed groups on Friday also launched a ground offensive in Aleppo province, a designated de-escalation zone, forcing at least 13,000 more civilians to move toward Turkey’s border, according to the state-run Anadolu agency.

Anadolu said over 1 million refugees are now in the area near the Turkish border, fleeing from strikes conducted over the last year.

Erdogan said he would discuss the issue with his Russian counterpart Vladimir Putin on Sunday in Berlin, Germany, during the international conference on Libya.

“Even though the Berlin meeting seems to be mainly about Libya, I am considering bringing the Idlib matter up,” he said.

The cease-fire in Idlib was initiated by Turkey and Russia and supposed to come into effect on January 12.

England to play two Tests in Sri Lanka in March 2020