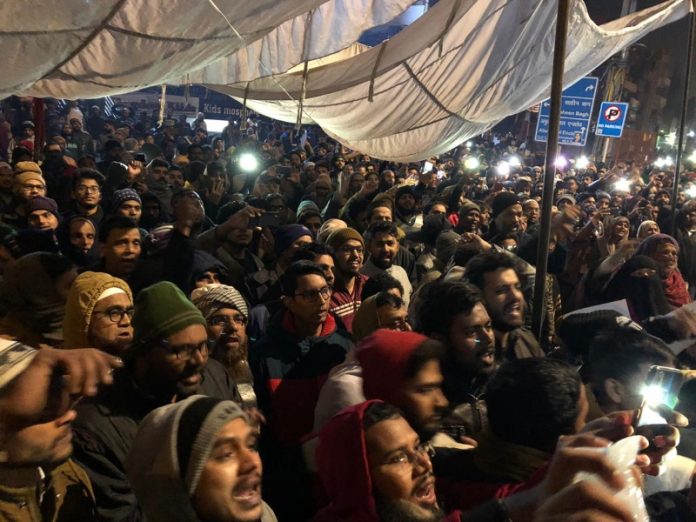 While hearing a petition filed by the Federation of Sarita Vihar Residents Welfare Association on Friday, a single judge bench of the Delhi High Court, presided by Justice Navin Chawla, has directed the Delhi Police to look into the issue relating to the blockage of Kalindi Kunj Road due to the anti-CAA (Citizenship Amendment Act) protests at the Shaheen Bagh area here.

The plea claimed that there many students who are due to take their board exams and the blockage of the stretch will cause inconvenience to them.

The petition filed through advocate Amresh Mathur stated that the Board exams for Class 10 and 12 are fast approaching in February and March and pre-board exams are to take place shortly and the closure of the roads would cause inconvenience to the students.

“The closure of Road No: 13 A and massive traffic jams on Mathura Road will prevent the students from reaching their schools on time which will jeopardise their careers,” the plea said.

“That this vital arterial road No: 13 A which connects Mathura Road near Apollo Hospital, Sarita Vihar/Jasola to Noida (UP) through Kalindi Kunj, caters to lakhs of commuters everyday to and from Noida to south parts of Delhi and Faridabad/Gurugram and is almost a lifeline of the people of these areas. This arterial road No: 13 A is also being used by thousands of people from Faridabad/Gurugram and beyond to go to Noida, Greater Noida and beyond,” it further read.

The petitioner sought a direction to take all necessary and appropriate actions to restore all kinds of vehicular movement on Road No: 13 A connecting Sarita Vihar, Jasola to Noida via Kalindi Kunj, New Delhi forthwith.