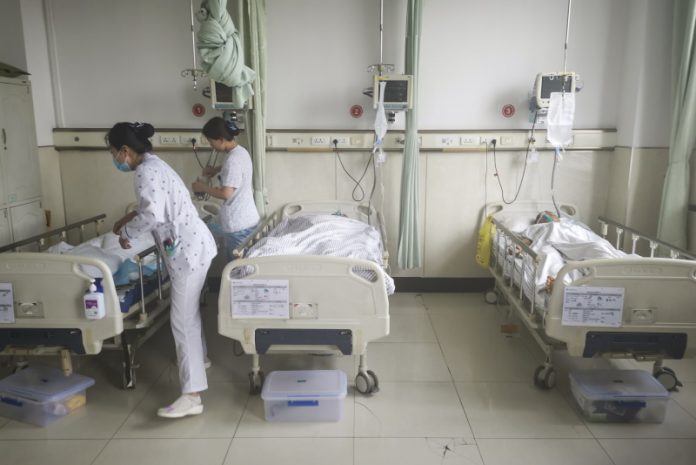 Chinese authorities on Monday confirmed the third death due to a new viral pneumonia outbreak similar to Severe Acute Respiratory Syndrome (SARS), which over the weekend saw 136 new cases, including two in Beijing and one in Shenzhen.

The authorities in Hubei province’s capital Wuhan, where the outbreak is thought to have originated, said the third death occurred on Saturday, reports Efe news.

The source also said 36 of the 136 new coronavirus victims were in a serious or critical situation.

Among the newly infected, 70 are women and 66 are men, aged between 25 and 89, and all of them showed symptoms the same symptoms: fever and fatigue, dry cough and – in many cases – dyspnea (difficulty breathing).

According to the Hong Kong-based South China Morning Post newspaper, 198 people have been diagnosed so far, including the three dead.

Of the cases detected outside Wuhan, both the Shenzhen patient and the two from Beijing said they had travelled to the city recently.

So far, two cases have also been confirmed in Thailand and one in Japan. There was a further scare in South Korea, but no confirmation yet.

On January 14, the World Health Organization (WHO) reported that prevention measures had been implemented in hospitals worldwide following the new outbreak.

On January 17, US health authorities began imposing controls on passengers arriving or connecting through Wuhan in airports in Los Angeles, San Francisco and New York.

According to the WHO, Chinese laboratories have already sequenced the coronavirus genome and provided that data to the global health community to help diagnose possible cases outside their country.

The outbreak has caused panic in China as the situation is reminiscent of 2003 when SARS spread across the country and caused a total of 646 deaths (813 worldwide).

Not contesting bypolls with BSP, Samajwadi Party Will Give a Strong Fight to Defeat...