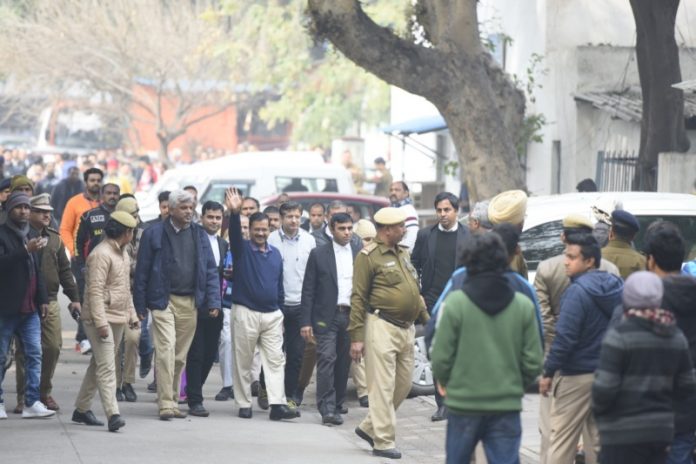 Delhi Chief Minister Arvind Kejriwal finally filed his nominations from the New Delhi Assembly constituency for the February 8 elections, after hours of waiting.

Kejriwal, who reached the office of the Returning Officer (RO) at Jamnagar House to file his nominations at around 12.30 p.m., stepped out at around 7 p.m. He was number 45 in the queue.

Tuesday was the last day for filing the nominations.

Kejriwal was accompanied by his family, including parents, and Aam Aadmi Party leaders Pankaj Gupta and Gopal Mohan. He had failed to file his nomination papers on Monday as he got delayed due to his massive roadshow.