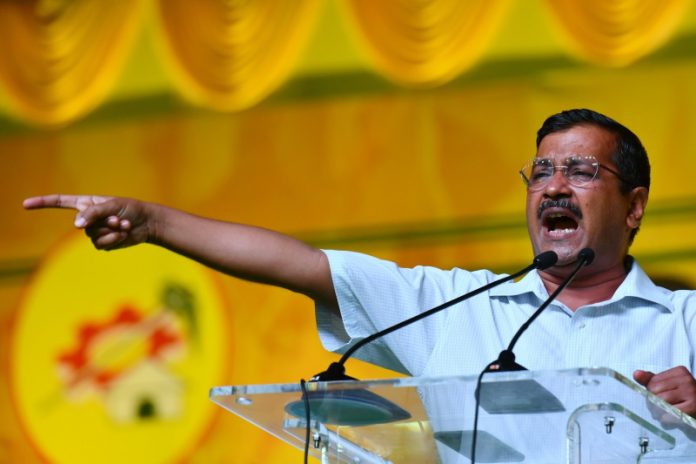 Aam Aadmi Party chief Arvind Kejriwal on Tuesday said the aim of his party is to defeat corruption and take Delhi forward, while that of other parties is to defeat him.

In a tweet in Hindi, he said the fight is between other parties and the work done by AAP.

“On one hand – there are parties like BJP, JD (U), LJP, JJP, Congress, RJD. On the other hand – there are schools, hospitals, water, electricity, free travel to women and the public of Delhi. My aim is to defeat corruption and take Delhi forward. They all aim to – defeat me,” he tweeted.

Kejriwal will be filing his nomination on Tuesday as he failed to file it on Monday due to delay.

The Delhi Assembly elections are slated to be held on February 8 whereas results will be announced on February 11.