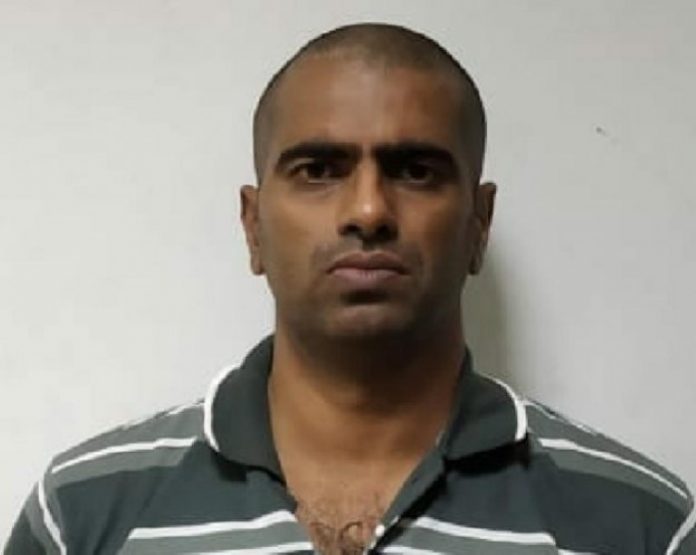 Mangaluru airport bomb case suspect was arrested here when he walked into the Karnataka Director General of Police (DGP) office in the city centre, police said on Wednesday.

“Aditya Rao, 36, a prime suspect in placing a bag with an improvised explosive device (IED) or a crude bomb in it at the Mangaluru international airport on Monday, was arrested after he surrendered at the DGP office,” a police official told IANS here.

The port city of Mangaluru is about 360kms from Bengaluru on the west coast in the southern state.

“Rao was taken to a state-run hospital for check-up and will be produced in a local court for his transit custody and interrogation by the Mangaluru police,” the official said.

State Home Minister Basavraj Bommai told reporters here that the suspect was arrested by the Halasuru Gate police station circle inspector after he surrendered to state DGP-IG (Inspector General) Neelamani Raju at her office near the station.

“The suspect seems to have admitted to have left a bag containing some bomb-making material at the outside counter of an airline (Indigo) office in the Mangaluru airport,” Bommai said.

According to preliminary investigation, Rao, a native of pilgrim town Udupi in the state’s coastal area, travelled to Bengaluru from Mangaluru in a lorry overnight and decided to give in to the police.

“Rao is said to be a depressed mechanical engineer and out of job. A couple of criminal cases were registered against him and he is on bail after two months in the Chikkaballapura district jail for allegedly making a hoax bomb call last year to Bengaluru international airport in Devanahalli, about 40km north of the city, which falls in the neighbouring district jurisdiction,” the official recalled.

Interrogation of the driver of the three-wheeler autorickshaw in which Rao was seen leaving the airport in a closed-circuit television cameras (CCTV) footage led the police to a hotel where the accused left some bomb-making material like white powder in the room he was staying.

“Rao told the police that he was employed in the billing section of the hotel he stayed since the last two months as he could not get a better job,” the official added.

The bag was taken to an isolated place at Kanjur and detonated by the special bomb detection squad on Monday evening.

A massive hunt was launched to identify and capture the accused.

In a related development, Mangaluru Police Commissioner P.S. Harsha tweeted that a special investigation team from the coastal city would reach Bengaluru for taking Rao’s custody and take him to Mangalore for investigation.

“The investigation team will fly to Bengaluru in the afternoon to take Rao into our custody and bring him to Mangaluru for interrogation and investigation,” Harsha tweeted.

Abductions In South Kashmir, Chaos And Confusion Among People

BJP to Take Over Wayanad Seat from BDJS if Rahul Contests