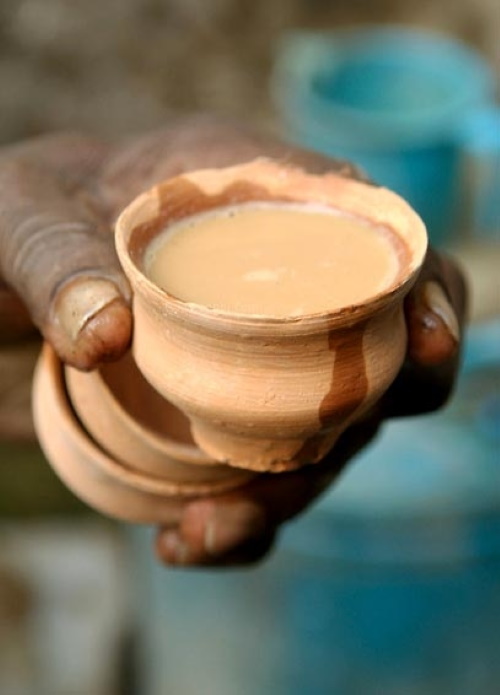 Claiming to be the second famous “chai wala” of the country after Prime Minister Narendra Modi, Prafull Billore, the Founder and CEO of the MBA Chai Wala, told IANS that although he does not support any political party, but was here as Arvind Kejriwal was working on improving the basic education and health facilities, which were the need of the hour.

“We are talking about big things for the country, but no one is working to improve the basic levels in education and health. Although I do not support any political party, but I feel good that at least the Kejriwal government is working on the ground level to improve the situation,” he said.

He added that if a government is able to fulfill the basic needs of the people, then only people can think forward.

“If a government is taking care of education, health, electricity and water, people can think ahead. Otherwise people are stuck with everyday struggle with these issues,” he said.

“I am based in Ahmedabad and hold events across the globe. While I do not charge anything for fund raising or NGO events, I charge a lot for celebration events like marriage and birthday. I started my ‘chai ka thela’ with just Rs 8,000 and now has a turnover of about Rs 2.5 crore.”

He said he raised funds worth Rs 1.5 lakh during the Kerala floods and donated to the state government.

On being asked about his visit to Delhi, he said he was in touch with the AAP for sometime and his visit was both — his wish and party’s request.

“I am not sure if I stay till elections as I have to take care of my business as well back home.”

Although running single-handedly, he has a team of 30 members, to help him.

The MBA dropout plans to serve free chai during Kejriwal’s townhall meetings — scheduled between January 23 and 30.

Billore said he was not inspired by Prime Minister Narendra Modi.

“I wanted to do a business, what can be better than a tea point,” he said.

Delhi is going for polls on February 8 and the campaign is much like the BJP’s 2014 Lok Sabha campaign — “Chai pe Charcha”.

Interestingly, Prashant Kishore who gave the idea to the BJP for the Lok Sabha elections in 2014, has associated with Delhi’s ruling Aam Aadmi Party for the 2020 Assembly election campaign.

The AAP had bagged 67 out of the total 70 Assembly seats in Delhi, and is now aiming for to repeat the show this time.