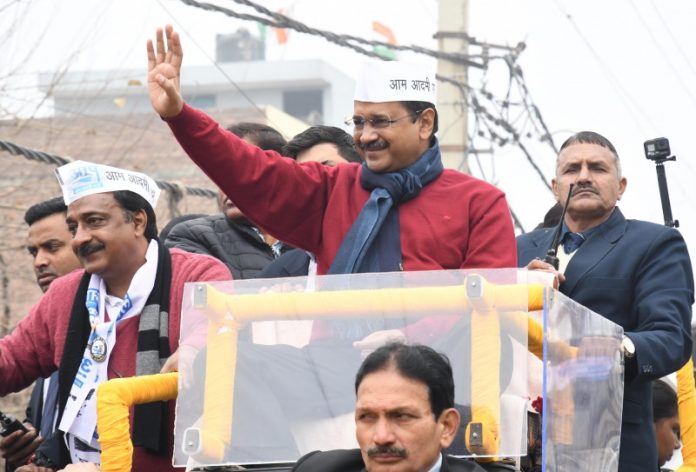 As the election nears in Delhi, Aam Aadmi Party chief Arvind Kejriwal is out on streets with roadshows seeking votes for the party. He will hold five roadshows in five assembly constituencies on Thursday.

While the first three will be in the morning, the roadshows in Tughlakabad and Kalkaji will be held in the evening, as per his schedule.

The Delhi Chief Minister is leading the February 8 election campaign in the city, among the party’s 39 star campaigners.