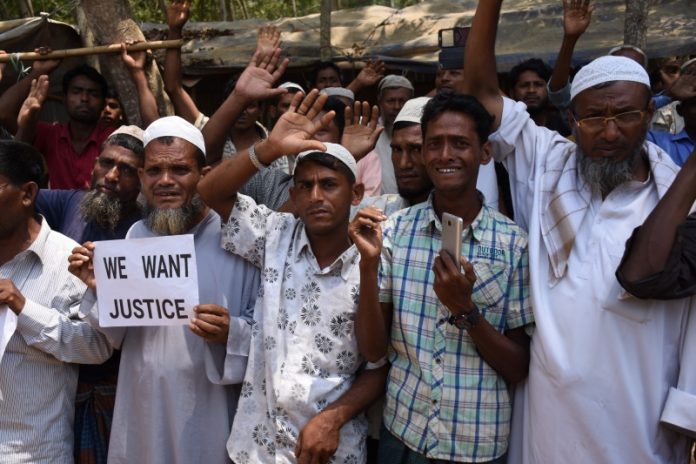 The European Union (EU) on Monday urged Myanmar to comply with the International Court of Justice’s (ICJ) ruling to implement provisional measures to protect the Rohingya Muslim minority from possible genocidal acts.

“The EU welcomes these important first steps towards acknowledging the severity and scale of the violence that occurred, the gross violations of human rights and the disproportionate use of force by Myanmar’s military and security forces,” Efe news quoted the bloc’s delegation to the country as saying.

“We hope that Myanmar will use these opportunities to make further progress on its democratic transition towards a society where the rights of everyone are fully recognized and protected,” it added.

The EU delegation welcomed the sympathy expressed by President Win Myint for the victims and urged “concrete actions” along with extending its support to the country to resolve the complex conflict in the Rakhine state.

On January 23, the ICJ unanimously ruled that Myanmar should “take all measures within its power” to prevent genocidal acts against the Rohingya on its territory, including the killing of its people.

The ICJ ruled a major part of the precautionary measures requested by The Gambia under the 1948 Genocide Convention that denounced Myanmar over accusations of genocide based on a UN commission of inquiry made public in 2018.

According to this report Myanmar’s army was accused of having acted with “genocidal intention” particularly since August 2017 in the Rakhine state.

The “cleaning operations” in Rakhine during 2016 and 2017 were carried out in response to attacks by the Arakan Rohingya Salvation Army against police and military posts.

The military campaign resulted in the killing of at least 10,000 people, according to the UN, and led to around 725,000 Rohingya fleeing to neighbouring Bangladesh, where most of them live as refugees in one of the largest refugee camps in the world.