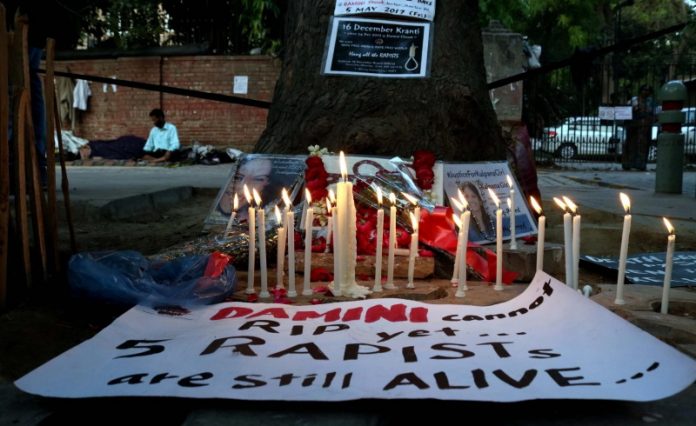 One of the death row convicts in the Nirbhaya gang rape and murder case moved the Supreme Court seeking urgent hearing on his plea against the dismissal of his mercy petition by President Ram Nath Kovind.

Mukesh Kumar Singh (32) submitted the plea last week. His mercy plea was dismissed by the President on January 17.

A bench headed by Chief Justice S.A. Bobde and comprising Justices B.R. Gavai and Surya Kant said, “If somebody is going to be hanged then nothing can be more urgent than this.”

The court asked Mukesh’s counsel to approach the mentioning officer as the hanging is scheduled on February 1.

Mukesh had moved the mercy petition before the President after the apex court had dismissed his curative petition against his conviction and death sentence. The lower court has issued the warrant for execution of death sentence for the convicts in the case that has been fixed for February 1 at 6 a.m.

Meanwhile, a Delhi court on Monday reserved its order on the application challenging the recent magistrate order which dismissed the plea questioning the credibility of the sole witness in the case and claiming that he was a tutored witness and his statement was not credible.

On January 6, Additional Chief Metropolitan Magistrate Sudhir Kumar Sirohi had dismissed the application of Gupta’s father questioning the credibility of the sole eyewitness in the case.

The complaint cited some recent media reports which alleged that the witness had charged money to appear for interviews on various news channels, his lawyer A.P. Singh said.

The sole eyewitness who was a friend of the victim, was accompanying her in the bus when the gruesome incident took place in 2012 and he had also sustained injuries.

“This calls for independent investigation into the perjury that appears to have been committed by him (witness), being the sole witness, his testimony has strongly influenced the outcome of the case which led to the imposition of death penalty on the accused,” the complaint said.

While citing the media reports, A.P. Singh stated “on the basis of said facts and circumstances, it is clear that the conduct of him clearly shows that his testimony was false and fabricated… This goes to the root of his testimony and if established would show that the testimony is infact false.”

The 23-year-old woman was gang raped and tortured on December 16, 2012, which later led to her death. All the six accused were arrested and charged with sexual assault and murder. One of the accused was a minor and appeared before a juvenile justice court, while another accused committed suicide in Tihar Jail.

Four of the convicts were sentenced to death by a trial court in September 2013, and the verdict was confirmed by the Delhi High Court in March 2014 and upheld by the Supreme Court in May 2017, which also dismissed their review petition in July 2018.