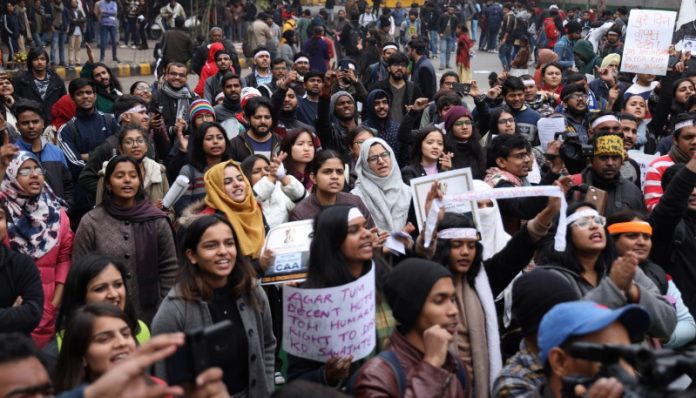 A top Delhi Police officer told IANS on Monday that the police feared that Sharjeel Imam has fled to Nepal. “If he has sneaked into Nepal, then it will be very difficult to bring him to India,” the police said.

Delhi Police teams conducted multiple raids in Mumbai, Delhi and Patna in search of Imam but so far he has been elusive.

“Sharjeel Imam was last seen in Bihar’s Phulwarisharif between 7 p.m. and 8 p.m. on January 25. He has disappeared since then,” the officer also claimed.

According to a source in Delhi Police, Imam practically disappeared from between their fingers. “Our teams were waiting for the right time to nab him. We had our eyes on him, but in the meantime, he disappeared.”

Delhi Police, however, on Tuesday claimed that Imam will soon be nabbed.

Delhi Police spokesperson told IANS on Tuesday, “Soon he will be arrested. We have been raiding the possible hideouts where he could be. Five teams have been formed. They conducted raids in Maharashtra, Delhi and Bihar. We are questioning his kin also to get an idea about his whereabouts.”

In a video that went viral on January 25, Imam was seen talking about splitting the northeast from India to block the implementation of the National Register of Citizens (NRC). “We know how Muslims are being treated in Assam. We have to save people from the NRC. The only way to do this is by cutting off northeast from India.”

The Crime Branch of the Delhi Police registered a case against Imam for the provocative video on Republic Day.