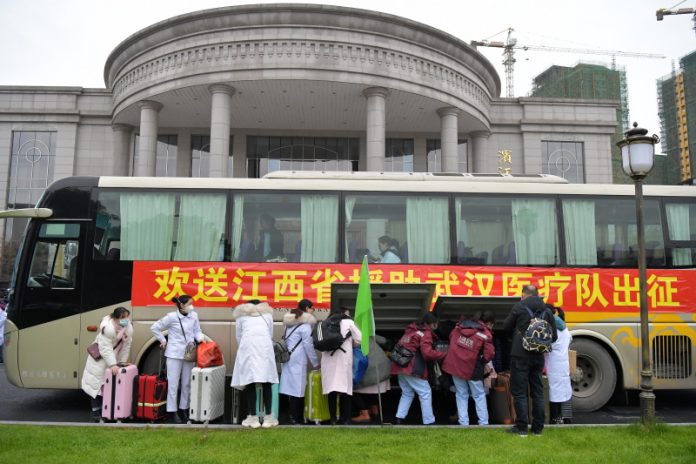 Thousands of health personnel on Tuesday arrived in the Chinese city of Wuhan, the epicentre of the novel coronavirus outbreak, as the death toll due to the disease has increased to 106 in the Asian giant, with 4,275 confirmed cases.

More than 4,100 doctors from various parts of China have arrived in Wuhan, with another 1,800 expected to join on Tuesday, Efe news reported citing officials as saying.

“Today, 13 more teams, more than 1800 medical staff will be arriving in Wuhan,” Jiao Yahui, deputy director in charge of medical affairs with the National Health Commission, told the media.

Jiao added that 4,130 medical personnel have arrived in the city since January 24.

The official said that some of these reinforcements will be sent to seven other cities in the province, which has been put into de facto quarantine to try to prevent the spread of the virus.

Jiao added that more than 10,000 beds will “soon” be made available for patients, including those in two new hospitals that are being built in the city, one of which is expected to open on February 1 and the other within two weeks.

Most of the new cases and deaths were registered in the province of Hubei, whose capital city is Wuhan, where on Monday 892 new cases were detected and 22 deaths were confirmed.

Access to and from the city has been cut off since January 23 in order to contain the spread of the virus. According to local authorities, 9 million people remain within the city.

The rest of the deaths nationwide, according to CGTN, took place in the provinces of Hebei, Henan, Heilongjiang, Hainan as well as in the cities of Beijing and Shanghai.

At the moment, Tibet remains the only province that has not registered any cases.

Meanwhile, Thailand’s Public Health Ministry Permanent Secretary Sukhum Kanchanapimai said on Tuesday that another six cases of coronavirus in Chinese nationals were in the country, bringing the total to 14 – the highest number of infections in a single nation outside of China.

Five of them are from the same family – between the ages of six and 60 – who arrived in Thailand from Hubei, while the other arrived from Chongqing. All patients twice tested positive for the virus and are pending official confirmation from an expert later Tuesday.

Of the first eight cases in Thailand, five have been discharged from the hospital.

On Monday night, respective health authorities reported first cases in Germany (a man from Starnberg in the state of Bavaria, who is said to be in good condition), Cambodia (a 60-year-old Chinese man who travelled from Wuhan to Sihanoukville who is in “normal” condition) and Sri Lanka (a 43-year-old female Chinese tourist from Hubei).

There are also several cases in Taiwan, although Chinese authorities consider Taiwan a province of China and therefore include it in the national count.

No deaths have been reported outside of China.

The Chinese government is urging citizens to avoid non-essential overseas travel and the National Immigration Administration has asked those with symptoms linked to Wuhan pneumonia such as fever, dry cough and dyspnoea to abandon their plans to leave the country.

The authorities of Hubei province decided on Monday to stop issuing passports and travel permits to Hong Kong, Macau and Taiwan.

Other countries have begun raising their travel warnings, including the US where the Department of State raised the warning to the maximum Level 4 (Do Not Travel) for travel to Hubei and has a Level 3 warning (Avoid Nonessential Travel) in place for China.

The Philippines on Tuesday stopped issuing visas on arrival to travellers from China even though there are not yet any confirmed cases in the country. 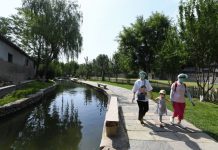 Manmohan Singh to meet press and eminent personalities in Mumbai