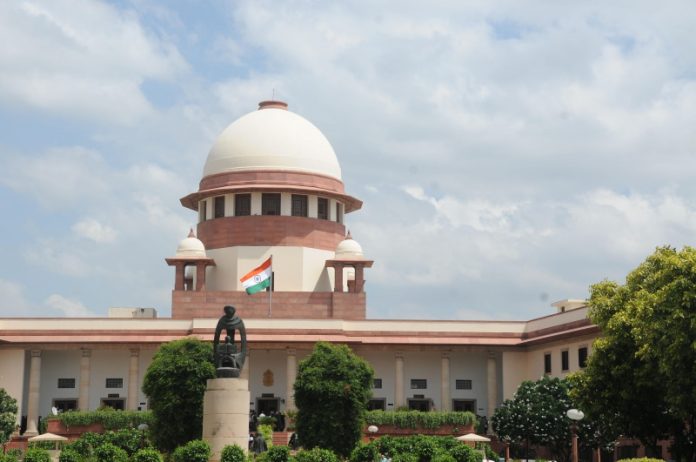 The Supreme Court on Tuesday said that airlines not obliged to escort every passenger who has boarding passes to the boarding gate, and passengers are at their own discretion to seek assistance from ground staff.

A bench comprising Justices A.M. Khanwilkar and Dinesh Maheshwari said: “The appellant Airlines cannot be blamed for the non-reporting of the respondents at the boarding gate .. when the boarding gate was finally closed”.

The top court observed that it would not be appropriate to cast an obligation on any airlines to delay the departure of an aircraft beyond the scheduled time of the departure and to await late arrival of any passenger, whosoever he/she may be, “howsoever highly or lowly placed”.

The apex court verdict came on an appeal challenging an order of the National Consumer Disputes Redressal Commission (NCDRC). The commission, during the hearing of the plea of airlines challenging the Tripura state commission order, directed private carrier Indigo to pay Rs 20,000 to Kalpana Rani Debbarma and her family.

Debbarma claimed that while travelling with her family from Kolkata to Agartala via Indigo flight in 2017, the airline had issued boarding passes to all of them, but left them stranded at the Kolkata Airport despite being aware of their presence on the airport premises.

As a consequence, the family had spent a day in a hotel and forced to purchase new tickets.

The airline contested this stating ample announcements were made at regular intervals, but the passengers did not report at the boarding gate on time.

The court said: “This (the commission’s order) is a sweeping observation. We do not agree with the same. We have already taken the view that there is no obligation on the airlines to escort every passenger after issuing him/her a boarding pass at the check-in counter until he/she reaches the boarding gate.”

It noted that the airlines issuing boarding passes cannot be made liable for the misdeeds, inaction or so to say misunderstanding caused to the passengers until assistance is sought from the ground staff of the airlines at the airport well in time.

The bench declined to issue direction on the suggestion of senior advocate Rajiv Dutta, appointed amicus curiae in the case, to all airlines to adopt this practice uniformly.

The court said that it will allow the competent authority (DGCA) to consider this issue and after interacting with all the stakeholders, take appropriate decision and issue instructions. “The competent authority (DGCA) may do so within a reasonable time, preferably within six months from receipt of a copy of this judgment or any representation in that behalf,” it said.