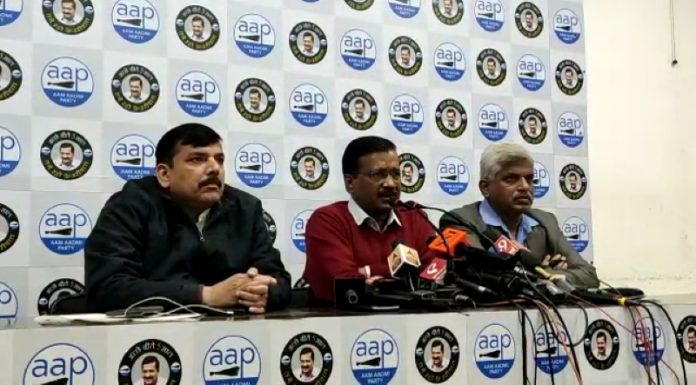 Party leader Sanjay Singh told media that they have sought time from the Chief Election Commissioner (CEC) to submit their complaint.

“We haven’t got any appointment, but we will file the complaint against Tiwari and Verma for calling Kejriwal a ‘terrorist’,” Singh said.

He claimed that the people of Delhi were hurt by the BJP’s statement.

“The people are hurt with BJP’s statement. The EC should deal this with strictness. This is an insult to Delhi’s two crore population,” Singh added.

Shah behind the poaching of MLAs in Karnataka, says Congress